np not available for publication but included in totals where applicable, unless otherwise indicated.

As at 30 June 2017, there were 63 ISPs with more than 1,000 subscribers in Australia contributing to these statistics.

The total volume of data downloaded in the three months ended 30 June 2017 was 3.0 million Terabytes (or 3.0 Exabytes).

Data downloaded via fixed line broadband (2.9 million Terabytes) accounted for 97.2% of all internet downloads in the three months ended 30 June 2017.

The following graph shows the number of internet subscribers and the volume of data downloaded for the reporting periods between June 2010 and June 2017.

As at 30 June 2017, there were approximately 26.3 million mobile handset subscribers in Australia. This is an increase of 3.4% since December 2016.

For the 26.3 million mobile handset subscribers, this equates to 2.2 GB of data downloaded per subscriber per month.

Active internet users as percentage of the total population in Australia from 2015 to 2017. 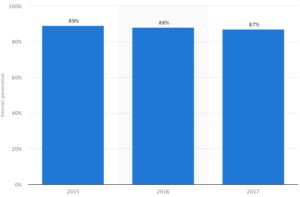 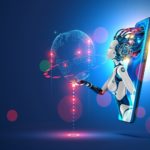 Technology Editorial Staff - July 10, 2022
0
By Sally Wu Social media sites such as Twitter are in a constant battle to keep their users on their site and engaging with others. But... 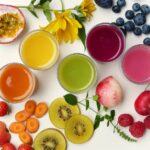 Branded Content Editorial Staff - July 6, 2022
0
Technology is a wonderful thing. It’s given us Netflix, online shopping, video games, and social media –– but sometimes you need to take a... 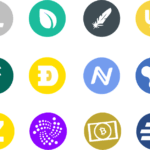 INVESTING: Top 7 Moves You Can Make In A Bearish Crypto Market

Branded Content Editorial Staff - July 4, 2022
0
Top 5 Moves to Make in a Crypto Bear Market Medha B Dey Roy The cryptocurrency bear market cycle is the inverse of a bull market....