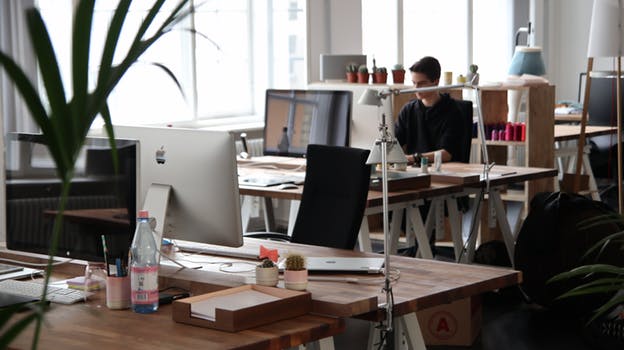 “I’m endlessly loyal,” my wife said, staring straight into my eyes. But she wasn’t talking about our marriage — she was pledging her allegiance to a piece of software.

“I’ll never quit Microsoft Office,” she told me. “It does too much for me to leave it.” For a moment I wondered if her husband had engendered the same reverence, but then I remembered things at Microsoft aren’t all wine and roses. In fact, the conversation with my wife was sparked by a debate over switching from Office to Google Docs for our home business.

Apparently, we aren’t the only ones considering other options. Industry analysts say Google Apps has already beaten Office as the top choice for smaller businesses and is in a “dead heat among companies with more than 1,000 employees.”

The threat to Microsoft Office is the latest reminder of how quickly technology tides can turn. It is also a testament to the power of customer habits and what is at stake when those habits change.

Microsoft is not taking the assault lightly. The Wall Street Journal reported, “Microsoft executives are now encouraged to promote user engagement over product sales.” In a recent interview, Qi Lu, the man leading Microsoft’s Office suite of products, emphasized, “We want Office to be a habit.”

The story of how Microsoft shaped, and may eventually lose control of people’s routines, provides ample lessons for any company dependent on repeat customer engagement.

To understand what makes Office so sticky and what competitors are doing to break the habit, we need to dig deep into the psychology of our technology routines.

In my book, Hooked: How to Build Habit-Forming Products, I offer a design pattern called the “Hook Model,” to describe how products eventually become things we turn to with little thought, day after day.

First, there’s the Trigger phase, where the user is given an explicit cue to engage in a particular behavior. In the case of Office, the trigger might be receiving a Word, Excel or PowerPoint file sent by a colleague. To open the file, the user must of course use the software.

Over time, the new user will no longer need external triggers like an email with a file attached and will instead be cued by internal triggers — prompts to action informed by association in the user’s mind. For example, when a user turns to Office spontaneously to crunch numbers or use a word processor, the habit has taken hold. Of course, forming these associations with internal triggers is the end goal of a habit-forming product, but to get there, users must pass through successive Hook cycles.

The next step in the Hook Model is the Action phase. This step is defined as the simplest behavior in anticipation of a reward. In the case of Office, the action couldn’t be simpler — just open the file!

The Reward phase is the third step. Here, the user scratches an itch. In Office, the itch is the curiosity of knowing what is in the attachment. Opening the file provides quick relief.

The final step of the Hook is Investment phase. Here, the user puts something into the product in anticipation of a future benefit. Investments increase the likelihood of the next pass through the Hook cycle.

For example, opening, editing, and saving a file as a new version, is a small bit of work that increases the likelihood the user will return to use the software in the future. Several studies have demonstrated the powerful effect small investments have on changing user preferences. With each small investment in the product, users cement their commitment to one product over another.

One of the most powerful forms of investment is spending time to acquire new skills. When users devote time and money to learning how to use a particular software, they tacitly commit to it. The fact that there are countless books, tutorials, and courses on mastering the Office Suite is a testament to customer appetite to invest in the software.

Ironically, the Investment phase is also where Office faces its greatest competitive threat. Recently, industry trends have begun to chip away at the strength of Microsoft’s hook. For one, products like Google Docs and Apple’s iWork remove a major form of investment from the equation by making the software free (at least for individual users). Second, file formats are now interoperable meaning that when a colleague sends a Word doc, that file can just as easily be opened as a Google Doc.

Finally, the skills users acquired to use Office are, for the most part, transferable to competitors’ products. Switching to the Google Doc or iWork interface is not perfectly seamless, but given these products work and look very similar to Microsoft’s, the transition is not that onerous for all but the most powerful of power-users. Some would even say competitors have bested Microsoft’s feature bloat with minimalist designs that emphasize only the most crucial functionality.

What’s more, Google’s early moves to differentiate its products by making them collaboration tools, added a new type of reward to their hook. Allowing users to work together in real-time over the web suddenly made boring enterprise software social by incorporating what I call, Rewards of the Tribe. Microsoft has taken pains to make its tools more social, but here again, old habits die hard. Whereas Google’s products are built with in-browser collaboration at their core, Microsoft’s users will have to learn new behaviors outside their existing routines.

The power of the Office hook depends on getting new users to invest in the product by learning the software, creating documents, and eventually paying for it. Microsoft’s Qi Lu acknowledged that many users, particularly younger ones, have never acquired the Office habit.

“This world is changing,” Lu said. “It’s driven by cloud and mobile devices, certainly a new generation coming to embrace those devices. They may not necessarily have been exposed (to Office).” Lu went on, “Within the next 12 months or so around the world, over two billion people will be using cloud-connected mobile devices…Those people may not necessarily have used Office before…” Though Lu views this as an opportunity, he must also know it is a daunting threat. If would-be Office users form habits with his competitors’ products instead of his, he’s sunk.

Today, several trends conspire against the Microsoft habit. Yet despite the current challenges ahead of Lu and his team, Microsoft Office sits in an enviable position. After all, Office is used by more than a billion peopleworldwide.

Office is the default solution people like my wife turn to. That is, until something unusual happens. Whenever the interface people use to access a technology changes — such as the shift we see now from desktop to mobile — the deck of user habits is reshuffled.

Suddenly, behaviors must be reworked for use on another interface — say on a 5-inch phone screen.

For example, while it’s my job to make a weekly trip to buy groceries for the family, my wife is responsible for making the shopping list.

In the past, she kept track of what I should buy on an Excel print-out. Recently however, she’s switched to using a mobile-optimized Google Sheet to save the list.

When it comes to even our strongest technology habits, we’ll make a change when a new interface forces us to look for new solutions. The same four basic steps of the hook — a trigger, action, reward, and investment — help us form new routines and establish new habits, no matter how endlessly loyal we think we are.