His last message to me was a literary joke about what Shakespeare said to a Nurse, when she came to vaccinate him. On April 10th, I was pleading with him to get vaccinated and not to return to Delhi.

He was in Shimla for a short visit to his hometown to sort out a property matter. But as Chanchal was known amongst all — in his bindaas style, he told me — he will instead take a vaccine of his own (a peg of Scotch).

Born on June 8th, 1975, Chanchal Pal Chauhan had an amazing zest for life. He had big plans for life ahead — search for a girl, get married, leave journalism, become a full time farmer in orchards near Shimla.

Just before the pandemic, he had applied for a tourist visa to backpack all of Europe, for a period of six months. He planned to resume his Europe trip as soon as pandemic ended.

He also wanted to study horticulture in New Zealand and import new apple varieties to his orchards in Himachal Pradesh.

Full of life, he would take me to delectable food joints in Daryaganj or Chandni Chowk after work hours, while we worked at The Economic Times and after.

A food joint on Lodhi Road named Sab Ke Khatir, run by an old veteran, had become our go to dinner place, after filing stories for the national edition at The Economic Times, which went at 9 pm at the time.

For days, when we did not frequent out for dinner, we would hit the gym at the basement of The Times House, on India’s fleet street at 7, Bahadur Shah Zafar Marg, before it got damaged, due to a fire.

The last meal I remember with him, is that of a sumptuous Biryani after listening to the evening Qawwali at Dargah of Sufi saint Khwaja Nizamuddin.

Despite being a devout Hindu, he was secular. He would visit Dargahs, eat at the sumptuous Muslim joints, visit Gurdwaras and frequent Hanuman Mandir whenever he would find time. He was educated in St. Edwards, a 100 year old historical catholic convent school in Shimla.

In the last one year, he was unhappy with the way politicians were using his religion to grab votes.

“Though I know I can easily get a membership or a state party post through family connections, I can never join politics. I can never stoop to their level. My conscience is inherently not built like that,” he told me recently on a call.

“I would rather be remembered as a good human being than as a good careerist,” he’d told me.

His penchant for great wheels and long drives was not hidden from anyone. Chanchal would make plans with friends at the drop of a hat, whether it was to head to the Himalayan foothills or Rajasthan.

A friend with ET told me this week they both had plans to go to Corbett again this week, if his health was well.

After the lockdown lifted last year, he had been to Goa twice, for both work and pleasure. During the lockdown he binged on Netflix, his favourite character being Hathiram Chowdhary.

He was generous, never negotiating on small salaries for house staff, and giving alms to the poor.

The Red Cross Blood Bank near Lok Sabha was his go to place, for regular blood donation. He had achieved over 50 blood donations for thalassemia patients and his plan was to achieve over 100 in next few years.

For anyone planning to buy a car or a bike, he was the go to person for advice. He would know the ins and outs of a car, its features, would test ride it and only then recommend it to India’s readers without a bias.

In the last few years, he had a growing interest in electric and was curious on whether e-bikes and e-scooters would be a great hit in India.

He was recently offered a business bureau chief position by a major newspaper this year, but he decided to stay back in The Times Group.

Perhaps he had found a family in the group, with friends all around he felt most happy.

The Press Club, near India’s Parliament had become his go to place in the last few years.

I cannot count the number of dinners have had with him, at the place, discussing India’s economic policies and the media industry.

But in the last few years he was also sad at the degradation of media in India which was unable to speak truth or show a mirror to the Government in power. His future plan was to leave Delhi altogether and move to Himalayas for better oxygen.

Ask any friend, and Chanchal (fondly called Moni) would be the only person who would have attended a happy or sad occasion in their family. Many of my family albums have his photo.

Yesterday, I got to know that he even travelled to Vietnam, just to be a part of the wedding, of an old friend from Himachal.

Ironically, he was super careful about his health, eating only the freshest of fruits and exercising regularly. Friends in The Times Group still recall the freshest of apples he would freely distribute after every harvest to all reporters and editors.

On April 10th, I told him not to return to Delhi seeing the worsening oxygen shortage in hospitals of India’s capital.

But perhaps he didn’t care much about the virus, being full of life, or perhaps he was sure to defeat it. He messaged many friends, a night prior on April 21st, after receiving plasma, that he was better.

If Government of India had planned better, arranged for ample medical oxygen in bottles, if not in the capital’s air, we would not have lost a beautiful soul, and countless others.

Everyone who met him, said he was one of the most gentlest of souls ever. He would disclose what he was feeling in clear terms whether love or angst, and never kept a grudge. On disagreements, we would not speak for days, then pickup a call and joke with each other.

About love, he had a crush on a girl who worked on the third floor of Times Group. He even had it known to her through common friends. Even after years, her name would pop up in a conversation or two.

Still the girl whom he loved and missed the most was his Mother whom he had lost young.

As I write this, I am just imagining you Chanchal on a long drive in the heaven with Mother by your side.

Wish you safe travels in the stars.

Whenever I would like to hear your voice, I would just look up to the heavens. 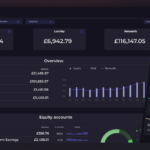 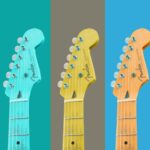