The gravity of tech disruption around the world has changed how competitive economies are. Relying on natural resources like oil and coal is no longer enough. The countries that adapt their workforce to become more innovative and tech literate will be the winners. Here we look at how Wellington has become so competitive.

Historically New Zealand has depended on agriculture and food exports to sustain its economy. But when the global financial crisis hit in 2008-2010, Minister for Science and Innovation, Steven Joyce, explained “New Zealand had less to fall back on,” so they turned more aggressively turned to the tech sector.

As a result of the country’s quick reaction, the ICT sector’s contribution to GDP grew by $1.28 billion (to $8.3b) between 2008 and 2013.  Minister Joyce expects ICT exports will surpass wine, so people are starting to take more notice of its importance. This is reflected in the 25% increase in full-time engineering students between 2008 and 2014.

A government agency that has played a critical role in the tech and innovation industry is the Callaghan Innovation Agency. Its mission is to support and commercialize the country’s high-tech innovation. Traversing all business stages, Callaghan can provide introductions to industry experts, funding, R&D grants and advice on product development. Many tech entrepreneurs I met with applaud Callaghan’s execution. “We had fantastic support from Callaghan,” said Raygun CEO, John-Daniel Trask. 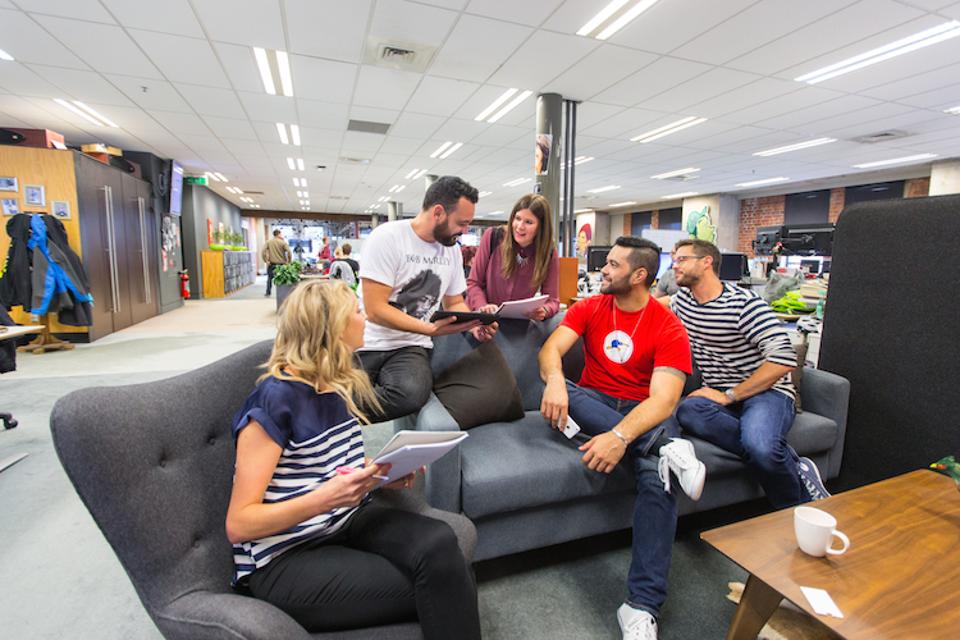 One of the success stories from Wellington is Trade Me. Started in 1999, Trade Me was the country’s first online marketplace. It continues to dominate the online classifieds space and is the reason eBay barely exists in New Zealand. Founder Sam Morgan made a fortune after selling the company to Fairfax Media for NZ$750 million in 2006. The company listed on the NZX in 2012. For FY2015 revenues hit NZ$200 million. “Trade Me has done well since New Zealand has good banking, broadband, and internet access, logistics is easy and we’re a culture that trusts each other,” said CEO, Jon Macdonald.

A more recent hero for New Zealand is Xero, a cloud accounting software company. The dual-listed ASX and NZX company have 1,350 employees globally across 20 offices with 500 people in Wellington alone. It has closed $100 million in funding from tier one venture capital firm, Accel and counts billionaire Peter Thiel as an early investor. Xero is in a tough battle with American goliath Intuit but already claims to have 500,000 more cloud customers than its larger rival. “We’re very aggressive about comparing to large companies. We have to play to win,” said CEO, Rod Drury.

One of the most common expressions I heard was that Kiwis have an ‘8 wire’ sense of ingenuity. Named after a kind of fencing wire used by farmers to fix things, Kiwis are known to invent solutions themselves with a hacker mentality. This trait explains the country’s natural entrepreneurial bent and why they are so innovative across a number of fields including agri-tech, drone-tech, and film-tech.

Another common theme that emerged throughout my tour was that being small and far away from the rest of the world was, in fact, an advantage. “New Zealand companies have to be global from day one since there are no pre-conceived notions that the market is big enough. This is an advantage over Australia,” said Brett Holland, Head of accelerator Lightning Labs.

Some of the most creative startups I’ve ever seen are in Wellington. Jukebox is re-imagine what life would be like if all devices could speak the same language and you could control it from anywhere. Based on their own operating system, Jukebox enables anything from lights, locks, and heating or even spa pools to be integrated and automated. For example, you could activate the spa pool, dim the lights and play romantic music with a tap of a button. As the IoT industry continues to explode, Jukebox is well positioned to ride the wave.

Another innovative startup solving an extremely complex yet important problem is Flick Electric. The company is making electricity billing cheaper, more transparent and controllable for consumers. Compared to a typical electricity retailer that charges a hefty markup on the wholesale price, Flick sells at the wholesale price and only charges a nominal fee that varies according to location. This saves households an average of 19% on their electricity bills. Consumers can view the breakdown of electricity spend online and see exactly what time of day is the cheapest to use it, empowering them to make better decisions.

Startups formed out of solving a personal problem, usually turnout best. This was also the case for Rollo Wenlock, Founder of Wipster. As an ex-producer and director of movies and music videos, Wenlock found it frustrating to manage the process of discussing how a video should be changed over email. So he created a creative video collaboration tool for people to review, comment and approve all in one place. Already it counts Evernote, Intel, and Xero as clients, who use Wipster to make product description videos.

Another is Kendall Flutey, the young Founder of Banqer. Her startup aims to teach primary school kids financial literacy through an interactive online tool. School teachers can use the software to teach modules on bank interest, income tax, and insurance. Students are incentivized to care because they get their own virtual bank account and teachers can motivate students for good behavior by rewarding them with money or higher interest. Flutey believes the long-term economic benefit of financial literacy is profound.

One of the biggest complaints about the Australian startup ecosystem is the lack of venture capital. In New Zealand, the availability of funding is even more constrained with only a handful of VC’s in the country. Yet I didn’t get the sense that it was a major problem. Kiwis appear to be more self-sufficient and scrappy when it comes to getting the financial resources to create and build a startup.

But others say the limited funding is frustrating and that it forces them to go offshore to get investment. Time that could be better spent growing the business.

Darren Whitaker and Victoria Armstrong of WhosOnLocation, a system to help account for people in the event of an emergency, say that the VCs in New Zealand “is not mature enough and the government has to step in and support more.”

To help fill the funding gap, equity crowdfunding platforms like PledgeMe are gaining traction. Since the Financial Markets Conduct Act legalized equity crowdfunding in April 2014, PledgeMe has already helped local businesses raise NZ$12 million. One of the most successful campaigns was Yeastie Boys craft beer who raised $500K in 30 minutes.

A small vibrant community can make a big difference in any startup ecosystem. That’s why BizDojo, a coworking space, and community for startups and freelancers are making such a big impact. It’s affordable and flexible pricing structure gives people the ability to plug into the space and people when they need. Beyond just operating co-working spaces, the leadership constantly engages with the local city council and government to see where progress for the startup community can be made. Currently, space is undergoing an exciting expansion that will see a new quiet coding room built in.

Another vital ecosystem contributor is Creative HQ, which operates the Lightning Lab Accelerator Program. The three-month program invests NZ$20K for 6% by local angel investors. To date, graduating startups from Lighting Labs have raised over $8 million and 88% are still operating. Wipster is one of them.

Creative HQ has also run a very progressive accelerator program called R9. The program brought a mixed group of entrepreneurs, private sector specialists and government experts to solve major pain points for New Zealand businesses. One of the major goals was to figure out how to reduce the cost of dealing with the government. This kind of interaction between the private and public sector is refreshing and is a model of how all countries should work.