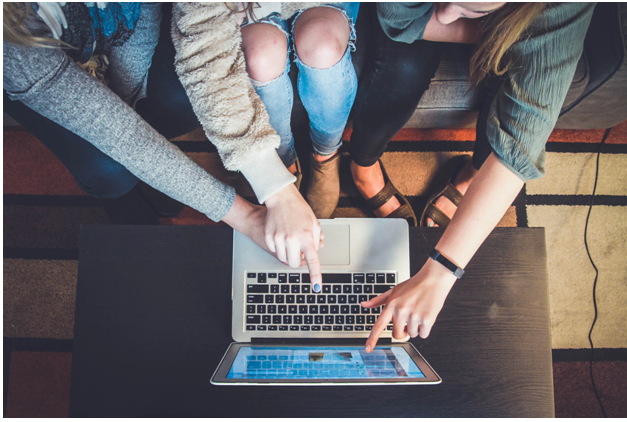 Generally speaking, interactive marketing for your UK-based SME will be exactly what it sounds like: marketing collateral that is both created and presented in an almost entirely user-driven way.

This doesn’t necessarily mean it’s the marketing equivalent of a “Choose Your Own Adventure” book.

You’re not necessarily trying to turn your campaigns into a video game that your audience members have complete control of.

Instead, you’re essentially giving them the illusion of control – and you’re doing so in a way that really may be just as good (and effective) as the real thing.

Mainly, the level of interactive marketing that we’re talking about will be event-driven.

As a small business owner, you’ve likely done an incredible amount of research into the unique customer journeys that your audience members are taking.

You’ve probably even gone one step further, breaking that longer sales funnel into a series of smaller “way points” that you can target in a more precise way.

Now, you’re crafting your marketing collateral around these touch points, and you’re doing so in a way that not only grabs someone’s attention, but also improves someone’s overall experience AND helps your business stand out from your competitors as well.

This may sound like a complex new way of thinking about things, and from a certain perspective it is. But at the same time, as the old saying goes, “everything old is new again.”

If you really want to produce better and more interactive content as a UK-based SME, you don’t necessarily have to reinvent the wheel or threw out everything you thought you knew about advertising.

You just have to approach the creation of that collateral from a slightly different perspective than normal, which isn’t nearly as difficult as it might sound.

The Art of Interactive Marketing: Breaking Things Down

Essentially, every time someone reaches a new point on the customer journey (which you’ll be aware of given the actions that they’ve recently completed), you have marketing content ready that is laser-focused on that specific point that they’ve arrived at.

So from that perspective, it’s less about using presentation software to create a document that can be enjoyed by anyone at any time.

You should still do that – but you should also create hyper specific presentations that are incredibly relevant to where someone currently is in the moment, too.

The end result of this is that your customers feel more like they’re going on a legitimate journey – one dictated almost entirely by the actions they’re taking.

You get to move them further down the sales funnel in a much more efficient way, and they get to feel like they’re the only customer you’re interacting with because your content is so specific to what they’re currently going through and thinking about.

In addition to traditional forms of collateral like the aforementioned presentations and things like Infographics, there are certain types of interactive content that you can experiment with in a much more literal way.

Interactive games, surveys, assessments and similar tools are a great way to take someone from passive observer and into the realm of active participant – all in a way they actually enjoy, too.

Interactive content is also a great opportunity to start exploring new technologies, like augmented or even virtual reality.

Apple’s iOS operating system has native AR and VR features built right into a device that millions of people around the world already own.

Investing in this content today could potentially make a big, big impression before you know it.

Naturally, all of this is going to require you to have a tremendous amount of narrowly focused content at-the-ready, because for true success you need to continue to engage with people as soon after they pass these milestones as possible.

This is where a service like Respona will absolutely come in handy – not only can you use it to learn more about your audience, but you can also research keywords and other topics based on the specific journeys you’re asking people to go on.

One of the major advantages of this approach to marketing content is that after awhile, it can also become a valuable source of information about your customers in and of itself.

Hitting someone with an interactive quiz or assessment early in the funnel, for example, can give you valuable insight into someone’s needs and preferences as early on in your relationship with them as possible.

You can then use that information you’re collecting to not only work forward and make the remaining content even more specific – but work backwards, too, and improve the collateral that you’ve already created.

The more people engage with your interactive content, the more valuable data you collect. All you have to do is actually apply that data and learn from it and your already-impressive content will naturally improve and strengthen over time.

The Biggest Ally You Have is Curiosity

As you actually craft this interactive content, there are a few key best practices that will continue to be true – just as they were with any other type of collateral you were working on.

You’ll still want to use a scatter plot maker like Visme (which I founded) to visualize certain ideas or concepts in a way that makes them easy to understand for people who aren’t experts in your industry like you are.

You’ll still want to tell compelling stories with beginnings, middles and endings that people will feel compelled and captivated by.

But above all else, the most important thing you need to harness to your advantage is and will always be someone’s curiosity.

If you really want people to become engaged with your content in a way that is also interactive, you need to pique their interest and curiosity as often as you can.

This means sometimes you’ll want to ask a provocative question WITHOUT providing the answer – instead, let them tell you THEIR answer. You’ll want to solicit an opinion WITHOUT giving yours – let your audience members do the talking as often as you can.

In essence, people want to feel like their relationship with your brand is a two-way street.

If they feel like you’re doing all the talking and all they’re supposed to do is listen, they’re going to check out pretty quickly.

But if they feel like a genuine conversation is taking place, suddenly your campaign is operating on an entirely different level.

So long as you make the latter the focus instead of the former, your content won’t just get better and more interactive – your brand’s reputation and digital presence will, too.

About the Author: Payman Taei is the founder of Visme, an easy-to-use online tool to create engaging presentations, infographics, and other forms of visual content. He is also the founder of HindSite Interactive, an award-winning Maryland digital agency specializing in website design, user experience and web app development. 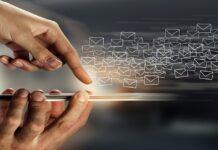 CLANICA: E-Mail To Thousands With This Robust SMTP Service 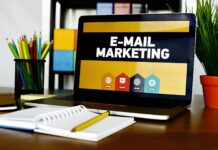