With the prospect of being your own boss, striking a better work-life balance and earning more money, becoming self-employed is an increasingly attractive option for women.

But are female entrepreneurs still facing a gender gap?

AppJobs has analysed OECD data to show the countries that have the highest percentage of females that are self-employed, as well as showing the pay difference between self-employed men and women, on average, in each country.

Recent research shows that the solo self-employed sector contributed £275 billion to the UK economy in 2018.

Self-employment is driving economic growth in the countries we live in, it has the ability to change how we live as well as challenging social inequalities.

AppJobs also surveyed 1,000 people in the UK to reveal the nation’s opinion on the biggest attractions and fears when opting to go self-employed.

The results revealed that women are far more unlikely to become self-employed than men. But which country has the highest number of self-employed females?

Turkey takes the top spot, with the highest percentage of female self-employment with 34.6%. Mexico comes in second place with 31.8% followed by Greece in third with 28.4% of self-employed women.

New Zealand, Netherlands, Switzerland and Poland feature in the top 10 countries with the highest number of self-employed women.

Despite Turkey leading the way, the figures for female self-employment sit low, further highlighting the gender imbalance across the world and that efforts need to improve to close the gender gap.

The survey results reflect the perceptions of becoming self-employed with 27.7% believing it is easier to be self-employed as a man.

Countries with the highest percentage of self-employed women

The gender pay gap has been a focal point in the news for some time and despite this awareness, more work needs to be done for self-employed women.

The results reveal that the self-employed gender pay gap is far larger than the wage difference between male and female employees.

The top 5 countries leading the way with the smallest gender pay gap are:

Estonia is revealed as the only country where self-employed females earn more than men – with the pay gap in women’s favour revealed at 16%.

The likes of Denmark, Luxembourg, and Sweden are also leading the way to equality for self-employed women, with the pay gap falling at 10% and under.

Significant change needs to be made to the UK and US, With the UK’s self-employed males earning on 33% more than self-employed women.

The figures worsen further in the US, where the gender pay gap widens to 56% – the joint last position with Poland.

“With self-employment providing huge financial and social benefits to our economy and society, it is important we encourage both males and females to pursue their goals, and provide the information and awareness around working for yourself that may be putting people off taking the leap into self-employment.”

“It is great to see the likes of Estonia leading the way to remove the self-employed gender pay gap, as well as seeing both Denmark and Luxembourg, who have reduced this difference. These countries set an example to the rest of the world to work on improving the rights and pays of women in the workplace overall and self-employed females specifically.”

Appjobs is the one of the world’s largest community of gig-workers with members in over 200 cities across the globe. It offers hundreds of app-based part-time, weekend and student jobs and gigs all over the world. 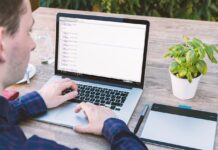 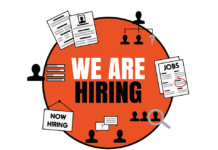 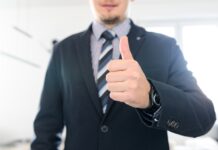