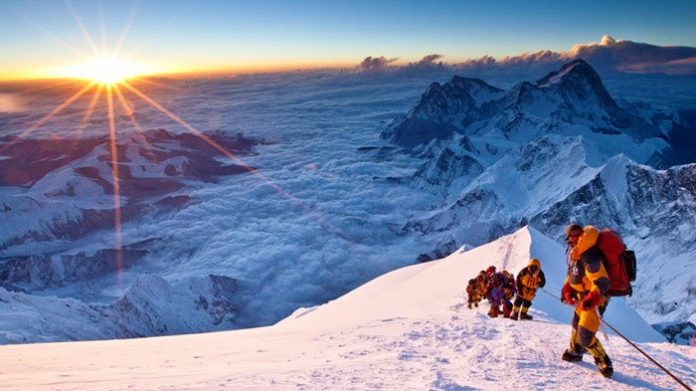 Robert Edwin “Rob” Hall MBE (14 January 1961 – 11 May 1996) was a New Zealand mountaineer best known for being the head guide of a 1996 Mount Everest expedition in which he, a fellow guide, and two clients perished. A best-selling account of the expedition was given in Jon Krakauer‘s Into Thin Air, and the expedition has been dramatised in the 2015 film Everest.

At the time of his death, Hall had just completed his fifth summit of Everest, more at that time than any other non-Sherpa mountaineer.

Hall met his future wife, Jan Arnold, a New Zealand physician,[1][2] during his Everest summit attempt in 1990. Hall and Arnold climbed Denali for their first date and later married. In 1993, Rob Hall summited Everest along with Arnold.[1] In the catastrophic 1996 season, Arnold would have accompanied Hall on his Everest expedition, but she was pregnant. Two months after Hall died on the descent from Everest, she gave birth to their daughter Sarah Arnold-Hall. In 2002, Jan Arnold married German cabinet-maker Andreas Niemann, had another daughter with him, and currently resides in Nelson, New Zealand.

Hall grew up in New Zealand where he climbed extensively in the Southern Alps. In 1988, Rob Hall met Gary Ball, who would become his climbing partner and close friend. As with most other mountain climbers, Hall and Gary Ball sought corporate sponsorships to fund their expeditions. The partners decided to climb the Seven Summits, but upped the ante by summiting all seven in seven months. Starting with Everest in May, they climbed the last mountain, Antarctica‘s Vinson Massif, on 12 December 1990, hours before the deadline. After this success they realised that, to retain their sponsorships, each successive climb would have to be ever riskier and more spectacular, increasing the chances of an accident. Hall and Ball therefore decided to quit professional climbing and form a high-altitude guiding business.

Their company, Adventure Consultants, was incorporated in 1992 and quickly became a premier expedition guiding company. That year they guided six clients to the top of Everest. In October 1993, Gary Ball died of pulmonary edema,[3][4] leaving Hall to run Adventure Consultants on his own. By 1996, Hall had guided thirty-nine climbers up to the top of Everest. Although the price of a guided summit attempt – US$65,000 – was considerably higher than that of other expeditions, Hall’s reputation for reliability and safety attracted clients from all over the world. Rob Hall was well known in the mountaineering world as the “mountain goat” or the “show.”

Adventure Consultants’ 1996 Everest expedition consisted of eight clients and three guides (Hall, Mike Groom and Andy Harris). Among the clients was Jon Krakauer, a journalist on assignment from Outside magazine. Hall had brokered a deal with Outside for advertising space in exchange for a story about the growing popularity of commercial expeditions to Everest.

Shortly after midnight on 10 May 1996, the Adventure Consultants expedition began a summit attempt from Camp IV, atop the South Col. They were joined by climbers from Scott Fischer‘s Mountain Madness company, as well as expeditions sponsored by the governments of Taiwan and India.

The expeditions quickly encountered delays. Upon reaching the Hillary Step, the climbers discovered that no fixed line had been placed, and they were forced to wait for an hour while the guides installed the ropes (Rob nonetheless “fixed most of the mountain in 1996”).[5]Because some 33 climbers were attempting the summit on the same day, and Hall and Fischer had asked their climbers to stay within 150 m of each other, there were bottlenecks at the single fixed line at the Hillary Step. Many of the climbers had not yet reached the summit by 2:00 pm, the last safe time to turn around to reach Camp IV before nightfall.

Hall’s Sardar, Ang Dorje Sherpa, and other climbing Sherpas waited at the summit for the clients. Near 3:00 pm, they began their descent. On the way down, Ang Dorje encountered client Doug Hansen above the Hillary Step, and ordered him to descend. Hansen refused.[6] When Hall arrived at the scene, he sent the Sherpas down to assist the other clients, and stated that he would remain to help Hansen, who had run out of supplementary oxygen.

At 5:00 pm, a blizzard struck the Southwest Face of Everest, diminishing visibility and obliterating the trail back to Camp IV. Shortly afterward, Hall radioed for help, saying that Hansen had fallen unconscious but was still alive. Adventure Consultants guide Andy Harris began climbing to the Hillary Step at 5:30 pm with water and supplementary oxygen.

On 11 May, at 4:43 am, close to twelve hours after the blizzard had started, Hall radioed down and said that he was on the South Summit. He reported that Harris had reached the two men, but that Hansen had died sometime during the night and that Harris was missing as well. Hall was not breathing bottled oxygen, because his regulator was too choked with ice. By 9:00 am, Hall had fixed his oxygen mask, but indicated that his frostbitten hands and feet were making it difficult to traverse the fixed ropes. Later in the afternoon, he radioed to Base Camp, asking them to call his wife, Jan Arnold, on the satellite phone. During this last communication, he reassured her that he was reasonably comfortable and told her, “Sleep well my sweetheart. Please don’t worry too much.” Shortly thereafter, he died, and his body was found on 23 May by mountaineers from the IMAX expedition. It remains on the mountain. 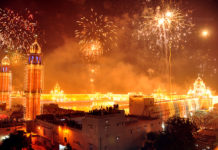 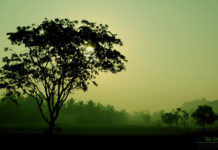 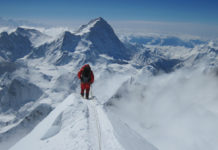