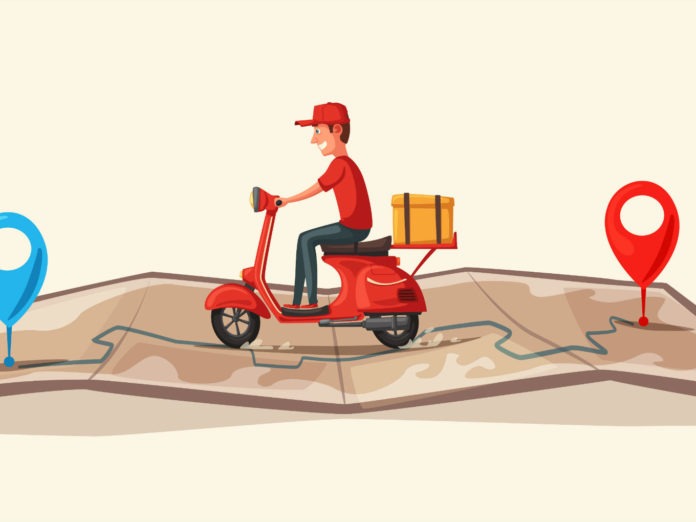 As COVID-19 forces a large part of the world’s population to stay indoors, the pandemic is also shaping the economy in ways we can only begin to imagine.

Recently, marketing automation platform MoEngage tied up with Apptopia to generate a report on how user data has shifted across sectors in the last 3 months, as the Coronavirus has swept through different parts of the globe.

Some of the most fascinating insights have come through in the food delivery sector.

The industry has been classified as essential services in most parts of the world, and the change in the DAUs (Daily Active Users) in the last 3 months has been reflected accordingly.

Let’s start with one of the world’s largest food delivery markets — the United States. The USA saw a fairly staggering response to the pandemic although by March it was in the throes of a full-blown crisis.

As dine-in restaurants started closing down, and people became increasingly confined to their homes, the food delivery apps saw a steady increase in the user base.

Image: Increase in MAU from January 2020 to March 2020 in the United States (source: Apptopia)

Image: Increase in DAU from January 2020 to March 2020 in the United States (source: Apptopia)

As self-isolation and quarantine seems to be on the verge of becoming a norm in the short and medium-term, this trend is likely to continue.

Then there’s South-East Asia  (Thailand, Malaysia, Philippines, Taiwan, Hong Kong and Singapore). The trend here is similar to the United States, with the user base increasing steadily as people are staying at home and dine-out options are next to nothing.  Once again, this trend is likely to continue.

Finally there’s India. It’s fair to say that the food delivery market only emerged in the country around 5 years ago when there was a growth spurt in food delivery startups.

In the years since then, the market has consolidated and is now dominated by two multi-billion dollar companies — Swiggy and Zomato.

Interestingly, the data from India is in stark contrast to what we’re seeing in the United States and South-East Asia.

Food delivery apps in India are struggling to acquire new users and even keep their existing customers active. There’s been a steady decline in the user base in the last couple of months.

Image: Decrease in active users from January 2020 to March 2020 in India (source: Apptopia)

So what could be the reasons behind India’s dramatically different food delivery story? The most obvious one, of course, is the severity of the lockdown in India.

Although largely a preventive measure, the 21-day lockdown (which has since been increased by 2 more weeks) is much more stringent than the restrictions in North America and South East Asia.

In the first few days of the lockdown, supply chains were severely affected and very few restaurants were operating their home delivery services which obviously impacted food delivery to a large degree.

There could be a couple of second-order explanations as well. The first is that the scale of fear and panic in India is possibly a lot higher.

This can be seen by simply analyzing the home page of food delivery apps in India vs Singapore and other South East Asian countries.

While the home page in apps in Singapore are focussing mostly on things like product and service levels, the focus in India is entirely on safety.

Both Zomato and Swiggy are showcasing the measures they’re taking to protect the health of their customers. So while contactless delivery is a small and subtle option in most apps in South East Asia (it may even be absent), it’s become one of the most prominent features on the Indian apps. 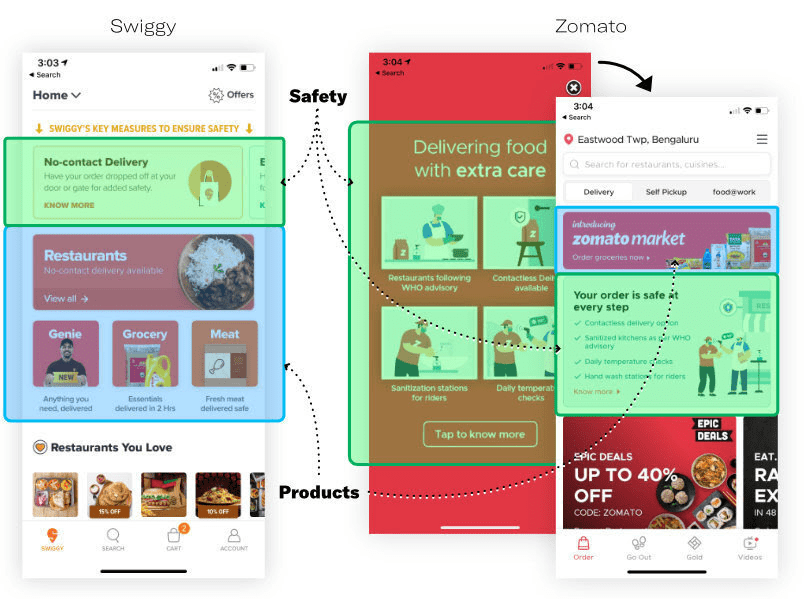 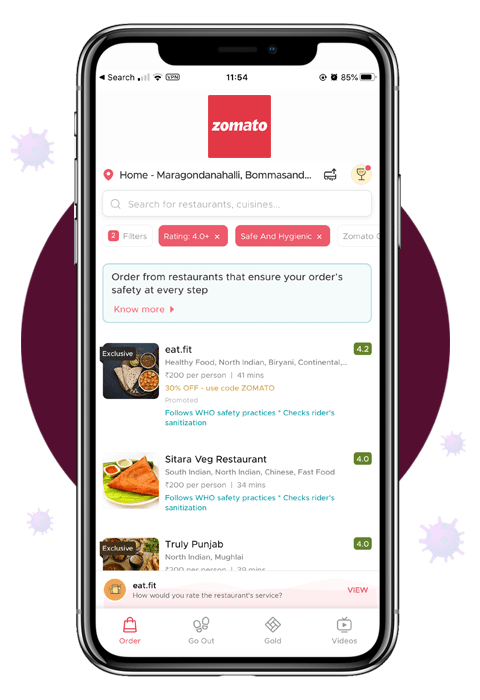 Another reason could be behavioural. While food delivery has become an easy and convenient option, especially in metro cities, home-cooked food is still very much a part of the ethos in most Indian homes. And during this time of crisis, people are preferring to go the home food route.

People of the younger generation have taken to cooking – to have fun and stay healthy during a global health crisis. This is evident in the recent increase in people searching for recipes online, rise in cooking challenges (like Dalgona coffee) and increase in social media posts relating to cooking.

Another interesting trend is that given the supply chain crunch and the demand for social distancing, apps like Swiggy and Zomato are now offering to deliver groceries and other essentials, apart from cooked food.

While this signals an interesting shift, it’s remains to be seen whether this measure is only temporary or becomes the beginning of a “super app” concept, much like in China and some parts of South East Asia.

What also remains to be seen is how the food delivery sector will look in the short and medium run.

As the severity of the lockdown starts easing off, more restaurants are likely to begin home delivery options. And as social distancing becomes the norm in the coming months, it’s likely that food delivery apps will bounce back stronger than ever before. 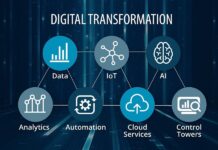 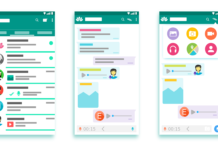 Digital Services Editorial Staff - September 28, 2022
0
By Harsimran Julka Even as a digital marketer, a lot of your clients may be deliberating switching on to Universal Analytics. But inertia might hold... 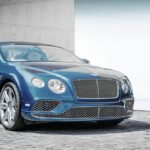 Startup Editorial Staff - September 24, 2022
0
NAME OF STARTUP: Lurento FOUNDED IN (Year): 2015 FOUNDER'S NAME: Mihailo Dhoric THE IDEA: What is the problem being solved by your startup / business?: Easily find and book premium, luxury...

Startup Editorial Staff - September 23, 2022
0
NAME OF STARTUP: PDFLiner FOUNDED IN (Year): 2020 FOUNDER'S NAME: Dmytro Serhiiev THE IDEA: What is the problem being solved by your startup / business?: PDFLiner is a platform for working... 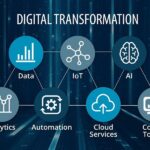 Branded Content Editorial Staff - September 19, 2022
0
By Rajesh Sinha Digital transformation is the complete alteration of different operations under the management of an organization, in...

Startup Editorial Staff - September 18, 2022
0
NAME OF STARTUP: Svix FOUNDED IN (Year): 2021 FOUNDER'S NAME: Tom Hacohen THE IDEA: What is the problem being solved by your startup / business?: Sending webhooks requires...