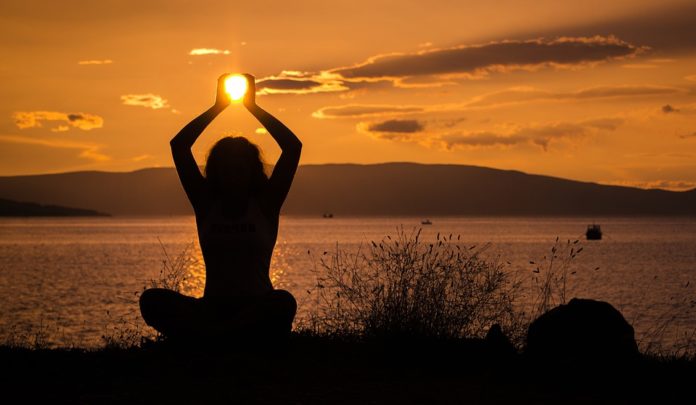 I stared at the sea of snow around me. White as far as the eye could reach. A blank, empty landscape.

It was exhilarating at first. No one ahead, no one tailing or overtaking me. Unencumbered, I was completely alone.

Then I realised I was lost. What direction was I going in? Was I going in circles? Was I even on a path?

It was my first snowboarding trip in Japan and I had taken a wrong turn. And now, the beautiful landscape around me was devoid of anyone, or anything, that might give me a sense of direction.

Years later, it’s this experience that comes to mind when my friends in the startup industry complain about their competitors.

They long for a blank expanse of a market, free of competitors hurling their way forward alongside (or ahead, or behind) them. It’s an entrepreneur’s daydream: no one to stop you from speeding ahead, eyes firmly on the prize.

Of course, markets devoid of competitors are rare: if a product is worth making, the market around it won’t stay empty for long. If it does, the product probably wasn’t worth making.

Even so, the appeal remains. And that’s why we’re often told to ignore our competitors completely.

Shut them out, focus single-mindedly on your product and users: everything else will fall into place.

And it’s certainly true that an obsession with ‘the competition’ is a bad idea. When companies get tangled up in rivalries, they often miss out on more important things (while Coke and Pepsi were battling it out, they failed to cash in on the arrival of energy drinks — Red Bull is now the most popular soft drink in the world).

But do we have to choose between a blinkered focus or competitor obsession?

I don’t think so. If we can adjust our lens, the landscape around us will begin to look different. Blinkered focus can turn into a peripheral vision that is both inclusive and alive with information.

A single company — especially a startup — will naturally be limited in terms of the information it relies on. The combined knowledge of a number of companies operating in the same arena (or neighboring landscapes) is inevitably much more extensive.

And so, we can begin to view competitors as invaluable resources rather than pesky rivals.

The perks of a busy market

Many startups enter an already-crowded market. That’s often seen as daunting, or even deal-breakingly negative.

In fact, entering an unexplored arena with no context is much more daunting.

The support that comes with having competitors may not be obvious at first, but it’s real.

By their mere presence, a competitor is already helping you carve out your category, make noise, and educate your users. They are legitimizing your idea, and proving there’s a market for it.

As Joel Gascoigne, CEO of Buffer puts it:

The real problem startups have is that most people don’t know about them.

Competition can help to shine light on the market, which is often actually more useful than if you were alone.

There are cautionary tales of businesses that became ‘victims of active inertia’ — lazy on their initial strong competitor-free success — and ultimately failed. And there are other businesses that, spurred on by new competitors, kicked their complacency habit to the curb.

That’s because strong competition is the ultimate accelerator. Each individual step forward counts as a step for everyone.

Would Nike still be the king of sportswear without Adidas snapping at their trainered-heels? What would Steve Jobs’ legacy be without Bill Gates? Would Salesforce’s boom be as resounding without Oracle pushing it along?

Competition strengthens, rather than weakens, a market. Companies striving for leadership and out-servicing each other to win customers generates tons of value.

Plus, saturated markets are the most profitable. And if your business can thrive in a startup-crowded jungle, it can survive (almost) anything.

The benefits of a competitive market aren’t reaped automatically. What you need is an all-encompassing awareness of the industry you’re in — its peaks and troughs, new players and old-timers, innovations and disasters.

This will keep you nimble and agile, particularly if, like me, you’re in a market that’s constantly shape-shifting and whizzing forward.

With peripheral vision of the big picture, you can steer fast and respond faster.

And when you adopt this frame of mind, the competitive landscape turns into a goldmine of information to guide you forward.

But how do we tap into this competitive intelligence?

It boils down to three basic steps:

Of course, we do this kind of stuff all the time. The problem is, it tends to be a tedious, time-consuming process woven with endless opportunities for distraction — particularly as half of the relevant information will be buried under the noise of the internet.

And really, there are a ton of better ways we could be spending our work day.

Humans aren’t great at dealing with large datasets. Machines are.

Enter bots — clever automated systems. By linking to, and communicating with, multiple APIs (Application Programming Interfaces), machines like our new digital assistant, GrowthBot, can help us map the landscape we’re operating in.

“what software does Hubspot use? How much is Freshdesk spending on PPC?”

in seconds, eliminating the need to spend hours trawling Google and opening tens of tabs.

But the potential of automation goes further than this. Our capabilities as humans are finite, and often biased. As important as it is to stay on top of our industry’s trends and transformations, we’ll never be able to know it all ourselves.

That’s because we rely on the limited amount of information we’ve come across rather than a complete knowledge of our field (which would be impossible). Plus, we can’t plug in a new server when we reach our information-processing limits.

A smart machine, however, will be able to learn literally everything there is to know about an industry and its players.

It can then summarize and present the core content back to us, bringing us as close to being all-knowing, all-seeing experts as it’s possible to be.

Here’s the thing: all businesses are testing the waters for someone else.

It’s up to those who follow in their footsteps to capitalize on this.

By paying close attention, a trailing company can cleverly reap the benefits of someone else’s successes and failures.

That’s not as evil as it sounds. It’s basically common sense, or the ‘second-mover advantage’.

While the pioneer pays a steep price in creating the product category, the later entrant can learn from the experience of the pioneer, enjoying lower costs and making fewer mistakes as a result.

Imagine if Google hadn’t paid attention to the mistakes in Yahoo’s UI, or if Uber hadn’t exploited the public enthusiasm for Lyft?

Indeed, many of the world’s most successful businesses aren’t built on originality. Instead, they’re launched by entrepreneurs who simply saw a gap in an existing concept. Perhaps that gap was better branding, smarter customer service or elevated UX.

One example is the way Apple redefined and dominated the market for mobiles — a category which Motorola pioneered.

The point is, this success is built on the swift, agile following — and then improving — of an idea; not on being the first to execute it.

Similarly, you can come to a conclusion in seconds (for free) that it might have taken another business hundreds of hours and thousands of dollars to get to.

There are shortcuts everywhere when you start looking. Opportunities to reduce trial and error on the basis of someone else’s experience.

Maybe similar strategies will work for you, maybe they won’t. Either way, the more you know, the better-informed your future decisions will be.

Collective intelligence within an industry is something we can all contribute to and benefit from, by pooling resources and building on what’s already been achieved.

Turning a potential battleground into a network, like in case of open-source software.

And along the road somewhere, your competitor could even become your collaborator: enter ‘coopetition’ (cooperative competition).

The big players have set the trend: Spot.IM has started using Facebook’s API, despite the fact that their goal is to keep users engaged on websites that aren’t Facebook. Apple and Microsoft joined forces on the licensing of mobile operating system features and patents. Google funded Mozilla’s Firefox. Arch-rivals Amazon and Apple teamed up to distribute Amazon’s e-books through the iPad’s Kindle app.

All these companies have the same target market, but they found that combining forces — rather than constantly trying to one-up each other — is a powerful tool.

And this mindset can be put into practice on a smaller scale, too.

As long as we’re keen to grow, improve and adapt, there will always be value in questioning the tactics of businesses besides ourselves. Maybe the answers will surprise us, maybe they will inspire change.

Businesses like ours, yes; but also unrelated businesses we simply find interesting.

So no, it’s not about an unhealthy obsession with our competitors. But it’s not about shutting out those around us to create the mirage of an empty landscape, either.

It’s about curiosity, open-mindedness, a willingness to learn from others. And with the help of today’s AI, competitive intelligence can become a competitive advantage.