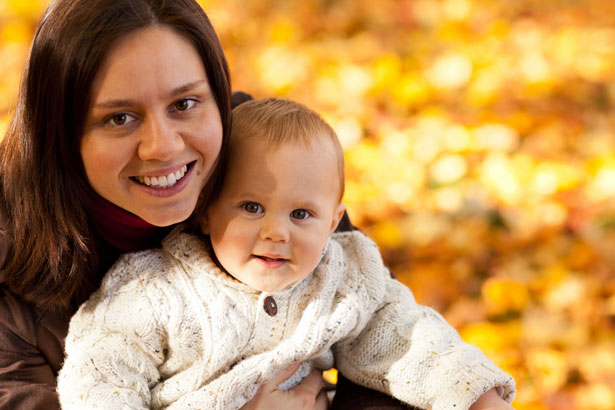 On motherhood as a startup exec, maternity leave as an expat, missing work as a recovering workaholic, and the perils of mama group imposter syndrome.

I’ve been on maternity leave for the past few months. It’s been both incredible and strange to be away from work to get to know the tiny human I made. Incredible because did I mention I helped make an actual human? And strange because this is the longest stretch where I haven’t worked since I was 18.

Let that sink in for a second. This is the longest I’ve been off of work in my entire adult life.

That’s not burnout bustage talking. At least, I don’t think it is.

I love what I do. I’m one of the few people I know who went to school and studied what would eventually be my career. I have worn a bunch of different hats and had many different roles but all in the same industry. And almost all focused on emerging companies and/or nascent tech. I still wake up excited to work in tech most days.

The idea of taking a year off didn’t feel like an opportunity to run away from a dead end job. Nor did I harbor a secret desire to do a job search in month 11 in hopes of quitting after mat leave. I was genuinely excited to spend time with my kid but I was also genuinely excited at the prospect of my return.

In the moments of quiet calm where the baby is occupied with the potato masher (currently her most favorite toy), my thoughts drift. I find myself thinking about my American mama counterparts. I think about my sister and my sister-in-law. I think about my closest friends from childhood. And I wonder how different my experience of motherhood and careerhood would be if I were in the US.

In Canada I can take up to a year of maternity leave and still return to my job. The government provides Employment Insurance — it’s not a salary replacement but it helps cover some costs while I’m off. I am fortunate to live in a country with such progressive family leave policies.

In the US it varies, but mat leave is 6–12 weeks and much of that requires stockpiling and then cashing in your vacation. Let’s take a moment and all laugh out loud at the idea that newborn care has anything to do with vacation.

I recognize that being able to stay home with my daughter like this is something our family can do while many other households cannot. But in Canada, I’m not the exception. The norm is for people to take the full year.

When I told people that I thought I might go back before the year mark, I was suddenly well outside the norm for Canadian mamas.

“What do you mean you don’t think you’ll take the full year?”

“You know you’ll never get this time back again. They’re only babies once.”

“I can’t imagine not having had the full year with my kids.”

“Work will be there when you get back. Your team will be fine without you. They’ll figure it out.”

I hand picked my mat leave contractor. I knew my team would be fine without me. They would learn new things from a seasoned leader whom I trusted to run the show in my absence.

I had dropped my office hero complex years ago. I already knew that startups were dynamic, living, breathing things. They grow, they break, they bleed, they stitch back together in different configurations, they heal.

I didn’t need my work to need me. I needed it.

Most people find that if they can survive the first 3 months of a newborn, things start to get easier from there. That wasn’t my experience. And the weird thing about babies is that we automatically assume two unrelated 3 month olds have anything in common.

If you walked into a room of 100 fifty year olds from around the world and were asked what those people all had in common, you’d look for the super broad generalizations. They were all born. They all breathe air. They will all die. And that might be the end of your guesses.

At no point would you make assertions about their temperament, sleep patterns, education, brain development, or food preferences. Because that’s an insane thing to do for humans who are all special little snowflakes.

Anyway, 3 months was not our turning point of awesome. That turning point was still several months away so while my mama friends and the people in my baby groups were getting high off of procreation and delighting in their bundles of joy, I was, well, I was really tired.

“Isn’t motherhood just the most amazing/magical thing ever?”

“Don’t you just love her so much?”

“Don’t you just want to stare at her while she sleeps?”

“Do you ever just check on her to make sure she’s still breathing?”

Canadians have an expression that I didn’t know until I got here. They talk about “making space”. And it took me awhile to get the hang of it but it’s basically leaving conversational room for the other person to express their ideas, to dissent, to disagree. As far as I know, Americans don’t have an equivalent cultural concept. As a group, we are quick to dissent, vocal when we disagree, and not shy about expressing ourselves.

After months of being on the receiving end of unadulterated mama bliss, I suddenly found I needed a lot of space. There was no room to say I was tired. There didn’t seem to be space for anything that wasn’t a stepford-like enthusiasm for the aforementioned miracle of creating a small human. I felt the walls closing in on me.

Staring down an entire year of silently suffering through baby groups where they changed the lyrics to Humpty Dumpty so that it would have a happy ending and skipped verses of You Are My Sunshine because they were sad began to feel insufferable.

I missed work. More than that, I missed who I was at work. I missed feeling smart and competent and on top of things.

This was the first time in my life I felt like I was failing in every direction and couldn’t just outwit the problem. And it was compounded by the sense that there was no appropriate outlet for my mat leave imposter syndrome.

“Isn’t motherhood just the most amazing/magical thing ever?”

It’s great. I’m not sure why my teeth are gritted like Thurston Howell the Third right now, but it’s great. Really. Really. Great. Swearsies.

“Don’t you just love her so much?”

Sometimes. Is sometimes an ok answer?

“Don’t you just want to stare at her while she sleeps?”

Honestly, if she’s sleeping, I want to be sleeping. Or showering. Staring also starts with an s and ends with -ing but no, that is not what I want to be doing.

“Do you ever just check on her to make sure she’s still breathing?”

It hadn’t even occurred to me that that was a possibility.

When my daughter was born, I’d already been step-parenting my big kid for 4 years. Though I was a first time bio parent, it wasn’t my first at bat for caring, feeding, nurturing, and loving a small human. I suspect this colored my experience of first time motherhood in that it was both a new and not entirely new experience all at the same time. This also put me a bit outside the baby group discussions around how to co-parent with your partner for the first time, how to leave the kid with a babysitter, and why dirt and germs are an important part of your kid’s diet, etc.

So much of what was hard about those early months was feeling alone, like I was the only mom who missed work. Or, worse, that something was wrong with me because I didn’t have the insta-bliss my friends reported.

At about five months, we found our turning point. It wasn’t overnight but I can look back and say that while we still had ups and downs, the overall trend line started to improve.

With more sleep, I could see that I was in the wrong baby groups. I quit the ones that changed lyrics to provide universally happy outcomes. Bit by bit, I found my mama tribe. We’d go on long walks. We’d drink strong coffee. We’d talk about the good, the bad, and the ugly parts of caring for a baby. We’d say out loud that we were lonely. Or bored. Or tired. Or that we couldn’t remember the last time we’d brushed our teeth. Or hair. Or worn an actual bra.

I had told work I to expect me back after six months. That was already double the amount of time off I could expect if I’d been in the US. Before my daughter was born, it was hard to imagine being off for longer than that.

I need to know this baby. I need to feel like I got to enjoy our time together and for the first four months, we could barely leave the house. I need more time. I want the summer. People in Toronto are at the cottage in August. The office will be quiet. I’ll go back when the weather turns.

I had already made my decision.

I called my head of HR.

There was no guilt. There was no stress. There was no shame. My head of HR did not hesitate. She was supportive and understanding. She let me set my terms and do what made sense for me and my family.

In my far away gaze, when the baby is happily banging the potato masher on the top of her exersaucer, I think about how that conversation would have gone if I were still living in the US. I remind myself that parental leave varies by company and empathy varies by HR person.

But when I’m honest with myself, I let my brain acknowledge what my heart already knows. I’m lucky to be a mom in Canada.

Over the past few months, I have frequently looked at my partner and said “It’s just the most magical thing that we made a human. Isn’t she amazing?!”

I stare at her while she sleeps and I check to see if she’s breathing (all via baby monitor so as not to wake her — I’m not a total chump).

And when our girls are laughing together, a big knot wells up in the middle of my chest and I am physically overwhelmed by how much I love them.

Motherhood isn’t just one thing. There isn’t just one way to do it. To assume so is as ridiculous as walking into that room full of fifty year olds and expecting them to have anything in common. 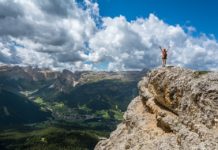 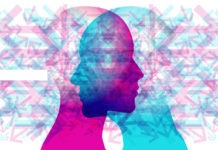 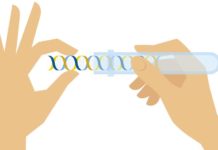 Covid: To Test Or Not To Test, Is That Even A Question? 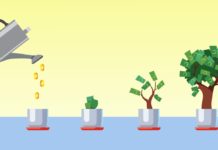 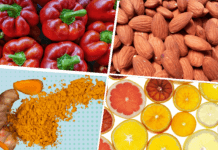 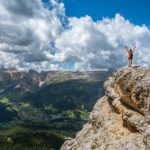 Health Editorial Staff - April 6, 2020
0
By Benjamin P Hardy Confidence is fragile. It’s easy to lose your confidence on the path toward the life you want. In fact, without the right... 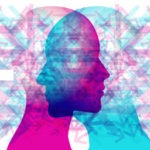 Health Editorial Staff - April 5, 2020
0
By Manisha Udeshi The World health organisation defines 'Mental Wellbeing' as a - A state of being where an individual realises his / her abilities... 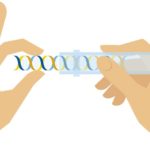 Covid: To Test Or Not To Test, Is That Even A Question?

Health Editorial Staff - April 4, 2020
0
By Anu Acharya I would like to start with offering my apologies to Shakespeare for horribly mutating a beautiful soliloquy from Hamlet. To test, or not...