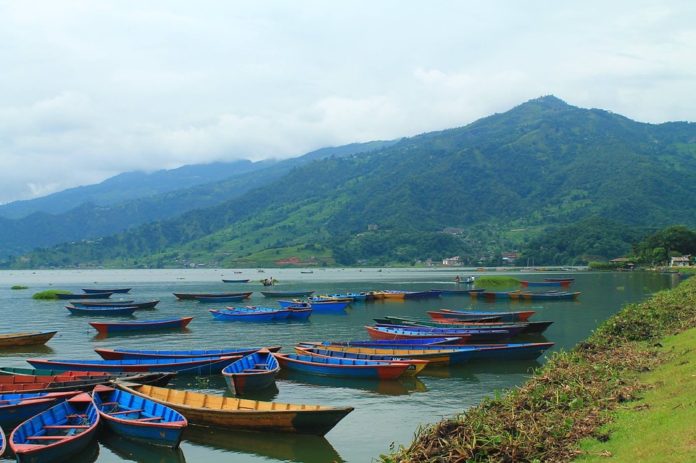 As the number of Nepali women working abroad grows, many are finding the risks — stigma at home, assault abroad — are worth the rewards.

People in Nepal’s Thulopakhar village shudder to hear of a girl going to work abroad. Under their voices, neighbors mutter about sex work, abuse, impropriety. In this village, nestled beneath the Himalayas, some 70 kilometers from the capital city of Kathmandu, boys leave because they have no choice but to earn money for their families; girls need to stay home.

“It’s like a superstition in the village,” says Mina Tamang, 30, the eldest of six siblings. “There were very few women from our village who went abroad. Even now, they think if a girl goes abroad, she won’t find a boy if she comes back.”

But that didn’t deter the Tamang sisters. In 2011, Mina’s younger sister Mikmar went to Malaysia. Six months later, Phurma, the youngest, joined her. Mina moved to Kathmandu to take intensive Korean. When she failed to pass the highly competitive overseas worker language exam, she stayed in the capital city. Today, she takes care of her five-year-old daughter while her husband works abroad. The family apartment serves as a way station of sorts for her siblings while they apply for visas, take interviews, and prepare for their overseas lives.

Like their male neighbors and Nepalis across the country, the Tamang sisters left their village because there simply are no jobs there. Staying in remote villages offers little opportunity besides sustenance farming and for a generation that now has some education under their belts, it’s not enough. Because Nepal has virtually no local industry, seeking employment often means leaving the country. Thirty-two percent of Nepal’s GDP now comes from money sent home by overseas workers, making it the most remittance-dependent economy on earth — nowhere else has such a high ratio of remittance to GDP. While the vast majority of that comes from men, women’s contributions are on the rise.

For many female workers, particularly the poorest and most uneducated, foreign employment represents a rare alternative. Though much of the media attention has focused on the very real risks faced by overseas workers — everything from labor brokers who abscond with workers’ money, to withheld pay, to abusive employers — such jobs more often translate into better opportunity for migrants and their families. For women in particular, jobs overseas can be a rare chance to support their families on their own terms, and even a chance to break from the constricts of their community. Women I spoke with told me about jobs that gave them a chance to leave abusive husbands, earn money of their own, make connections outside their small villages, and invest in their own businesses back home.

This trend is evident in districts like Sindhupalchowk (where Thulopakhar village is located), where female migration has soared in recent years. In 2009, only 157 women received a labor permit to work abroad, compared to more than 2,500 men. By 2015, more than 1,130 permits of the nearly 7,000 issued went to women. Nearly 8 percent of the country’s female migrants come from Sindhupalchowk, though it makes up just about 1 percent of Nepal’s total population. Some speculate that the rate is so high because the area long had a history of migratory movement for jobs across the Himalayas, and families were already accustomed to leaving for work for long stretches at a time.

“Though it is the responsibility of the government to create income opportunities for women within the country, the state has not been successful in creating jobs with good pay. Lack of appropriate work and salary in Nepal has pushed women to seek work abroad,” Roni Pradhan and Sunila Baniya, of the Safer Migration Project, wrote in an op-ed in the Kathmandu Post in November. “The government should…be well-informed about safe migration and the support mechanisms available.”

For many, moving abroad affords a unique opportunity to earn a living, provide for children, and, more often than not, escape abusive or restrictive situations, says Amina Maharjan, who researches migration at the International Centre for Integrated Mountain Development.

“Not all, of course, but the majority of them go out of desperation,” she says. “Because here they really are already in a very marginalized condition, so migration becomes their only alternative.”

Over the years, most of the women Maharjan has interviewed have told her the same thing: “Not for themselves but for the children. For a better education and all, that’s why we decided to migrate.”

In Nepalese media, reports abound about abuse of migrant workers: they are exploited by their companies, abused by their bosses; they are made to work without pay, or in heinous conditions; they die, they are murdered. The articles about female workers — most of whom take positions as domestic workers in the Gulf — skew toward rape, sexual abuse and trafficking. Many of these reports are not unfounded. Between 2012 and 2015, the government barred women under the age of 30 from working as housemaids in the Gulf and Middle East. Prior to that, there was a 12-year ban on women working in the Middle East. The halt made little impact, and women continued to move through illicit labor channels in droves.

In Sindhupalchowk’s Jyamire village, Maiya Deuja smiled wistfully as she recounted the two years she spent as a domestic worker in Bahrain.

“I had to come back home and couldn’t go again, but I was really happy with my job,” she says. Pushed abroad by an abusive husband and financial difficulties, Maiyu described the decision as “compulsion.” She would have preferred a divorce, but that was unacceptable in her community. Working abroad was the only option.

“At the time, it wasn’t like I wanted to go, but I went out of compulsion — I had to earn money,” she says. She cried for her children, she spent months struggling to adjust, and then, slowly, the job grew on her. Her employer was kind, pushing her to call her children often, even buying Maiyu a mobile phone so she could be in closer touch. When Maiyu sent money home, her boss would top it off. After years abroad, after seeing what her work could do for her family, Maiyu is proud of her sacrifice.

“I became more independent because I was the one who had to deal with money,” she says. “If I hadn’t gone abroad the family would have had to sell all the property and we would be homeless. Because I went abroad I could manage my family and stabilize our situation.”

The money has also helped to educate Maiyu’s two daughters, which she hopes will help protect them from the same fate as her.

“I’m very smart, but I had to stop school because I got married at 14… I went abroad because I was uneducated and couldn’t work,” she says. “But I want my daughters to get educated and find other jobs.”

For educated, single women like the Tamang sisters, going abroad can offer something more: the chance to gain financial independence, or even put off marriage.

Mikmar has been staying at the Mina’s Kathmandu apartment for weeks, catching up with her sister, playing with her niece, and waiting for her paperwork to Dubai to come through. There, she will join Phurma, who has been working in a supermarket for several months.

Sitting on the roof of Mina’s house, above the clatter of Kathmandu’s omnipresent construction, below the stream of airplanes, Mikmar quietly recounts when she first left Thulopakhar at the age of 19 to work in a grocery store in Malaysia.

“At first my parents didn’t like the idea of going abroad. But I said I have to stand on my own. It was my decision to go abroad, but after I went they support it. They think even daughters can earn money and at least they can stand on their own feet. They are happy with my decision.”

“Some changes happened. I wasn’t used to talking with people, I got used to that because I had to work in a team in Malaysia.”

Mina traces such changes to something more base.“If you have money with you, you can think or do whatever you want — you feel confident to spend money, you don’t have to ask anyone for money.”

Mina can tick the numbers off from the top of her head. Over three years, Mikmar saved about 9 lakh rupees (USD $8,700). Phurma saved about the same. They pooled the money and invested in land in the outskirts of Kathmandu. The Dubai stint will be the last one; then, the sisters plan to sell their Kathmandu land at a profit and sink their savings in a shoe store in the capital. Had they stayed in Thulopakhar, where there are no jobs, they would have tended subsistence farms and raised livestock. On paper, unemployment rates hover at around 3 percent — but even subsistence farmers and part time laborers count as employed. And even if the sisters managed to secure actual jobs in Nepal, their wages would be scanty. Each year, the average Nepali earns just $862.

“They want to go abroad because they want to earn money,” the girls’ father, Nema Sangya Tamang, told us when we met him in the village a few days earlier. “[The youngest] didn’t pass her SLC [school leaving certificate] because she was so eager to go abroad, that’s why she refused to study. They saw villagers going abroad and earning money, getting nice clothes and they wanted to go the same thing.”

To get any opportunity beside farming, you have to leave, explained their mother, Nima Kila Tamang. “I asked them to at least pass grade 12 and stay in the village but they didn’t want to work in the farm. I had no option but to let them go abroad. To have a job you have to know someone. I’m very poor, I don’t have that connection — it’s very hard in a village.”

We asked the sisters whether they would consider returning to the village once they had their savings. Why not open a business there? Both laughed. The village, they explained, was hopeless.

“We’ll visit, but our shop will be here,” Mikmar said. “You can’t open a shop in the village, there aren’t any customers — you can’t make any money.” 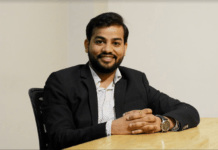 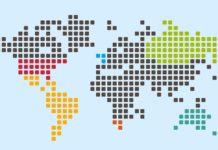 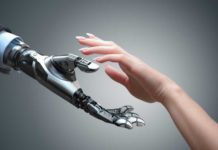 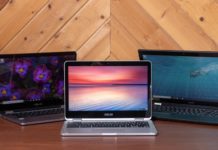 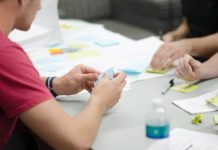