Humans have a tendency to overweight surface-level benefits.

These skills have a visible reward that’s very apparent once they’re mastered, and as a result, they get a lot of attention and resources dedicated to them.

If you learn how to manage your time better, you’ll be more equipped to do something useful with it. If you learn to code or to write, you may have a career ahead of you that you can pursue beyond an office. If you build better habits, you can make a lot of difficult tasks easier.

These rewards are clearly valuable. That said, they’re ultimately not the highest leverage skills that you can nurture in yourself. In fact, the skill that is perhaps the most potent of all is also the most neglected.

It’s one that we all already engage with, but it’s also one that very few us of have truly mastered. It’s both easy and difficult at the same time.

The most important skill in your life is knowing how to think.

Much of western philosophy can be traced back to the mind of Socrates.

The only problem is that Socrates never wrote anything. The only record we have of the man comes from other writers and philosophers who knew him and engaged with him, most notably Plato.

In Plato’s work, much of the writing is presented in the form of dialogue, and a good portion of the dialogues are of Socrates engaged in conversation with others, which generally end with him out-reasoning them.

He is known to modern society for his Socratic method, which is essentially just a process of asking “Why?” over and over again until you have broken the argument down to its core. In a way, this simple method helps us get to the core promise made by philosophy.

Unfortunately, however, this skill while responsible for everything from how you make decisions to how you face challenges is becoming increasingly disconnected from the institutions that are supposed to teach it to you.

Although the internet has helped by democratizing knowledge, there are few places that provide you with processes for making sense of it.

More than ever, it’s on us to hone this ability. Fortunately, there are ways you can do that. Here are three methods to improve your mental processing.

Most of the responses that we give to our surroundings are habitual.

We sense a cue in our environment, this cue is associated with something in our memory, and whatever is in our memory produces an automatic response.

Although this is efficient when it comes to tasks that don’t require a thought out response, it can be detrimental when applied to other situations.

Whether it’s trying to control your anger or it’s making a deliberate effort to better evaluate an important decision at work, it’s worth reminding yourself to look at things like you’re seeing them for the first time.

A beginners mind, coupled with detached experience, produces a far better result than just an instinctual reaction to an event. It forces you to slow down and ask questions before proceeding to a final solution.

This not only works as a way to second-guess an otherwise rushed reaction, but looking at things like a beginner also helps you see and think about different outcomes from a unique and, sometimes, better angle.

2. Take Time to Think About Thinking

What is the core mental representation that you have of the world? How do your thinking patterns connect and interact with each other? What’s the process you go through when you make a decision?

These are important questions, and very few people take time to actually think about them. It’s worth creating some space to do that.

The relationship between the different mental models you have in your mind and how they interact with the world shapes everything else that occurs in your life. It’s the lens through which you make sense of reality.

It’s not something that should be happening in the background of your mind.

As Warren Buffett says, “I insist on a lot of time being spent, almost every day, to just sit and think. That is very uncommon in American business. I read and think, and make less impulse decisions than most people in business.”

You should know how your brain works so you can better influence it.

3. Routinely Reflect on Your Decisions

Your day to day decisions are ultimately the core product of your thinking.

You can judge the quality of someone’s mind by the track record of their decisions over an extended period of time. If the record is consistent, then their mind is likely sharp. If it’s inconsistent, they have work to do.

Naturally, context matters, and so does their perception of the world, but generally speaking, your decisions tell you a lot of about yourself.

This doesn’t necessarily mean that you have to record every single choice you make, but you should routinely take moments to reflect on how the big things in your life turned out relative to your intention.

If things went well, you should trace back to see why they did so and how you can replicate that in the future. If they went poorly, the dissection of that decision will teach you about a blind-spot that you can avoid in the future.

It creates a feedback loop which, if approached well, self-corrects over time.

The best thing about the past is the wisdom it gives you to improve yourself for the future. That said, for it to do so, you have to actually seek it out.

Why Is It So Important?

While things like productivity and habit building can take you pretty far in life, alone by themselves, there is a limit to what they can do for you.

No matter how you spin it, everything in your life begins in your mind.

The personal outlook you have is shaped by how you think about the situations that you’re engaged with on a daily basis.

The choices you make are influenced by the thinking patterns that guide your attention when you’re deeply lost in thought.

The skills you learn are influenced at their core by what you currently understand about the world and how you reason with it.

In the words of Einstein,

“The world as we have created it is a process of our thinking. It cannot be changed without changing our thinking.”

Every idea, ambition, and possibility in your life is directly connected to your ability to adequately make sense of your interactions with reality.

There is no set place that’s going to teach you how to think, and it’s not just something that’s restricted to a particular time period in your life. It’s a skill that demands ongoing effort and commitment.

Fortunately, if mastered, it changes everything. 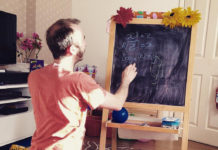 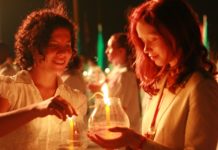 Mastering the Art of Unplugging and Managing Stress 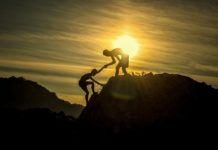 How you can disguise pain as pleasure to achieve success! 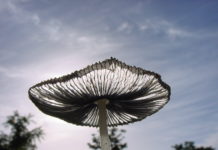 If It Doesn’t Suck, It’s Not Worth Doing 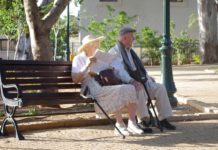 Age is Just a Number..Don’t Let it be an Excuse..