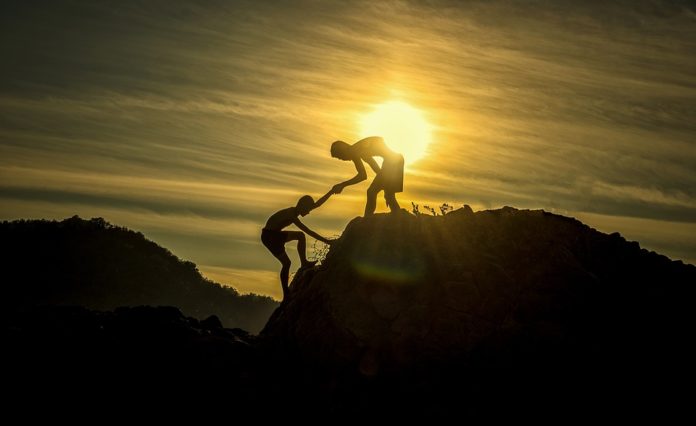 Addicted to Failure: Three Billionaires on How to Win the Game of Life

Not a lot of people know about Ray Dalio, and he prefers it that way.

Considered one of the “100 most influential people in the world” by Time magazine, Dalio is the founder of Bridgewater Associates, the largest hedge fund in the world, with $122 billion under management.

So he’s kind of a big shot.

But whatever image you have of Dalio, you are probably wrong.

Most of us have no clue what truly successful people are like. That’s something Dalio learned when he first started his hedge fund.

Here’s an excerpt from Principles, a brilliant (and freely available) manifesto of Dalio’s rules for life and business:

…the popular picture of success — which is like a glossy photo of an ideal man or woman out of a Ralph Lauren catalog, with a bio attached listing all of their accomplishments like going to the best prep schools and an Ivy League college, and getting all the answers right on tests — is an inaccurate picture of the typical successful person.

Instead, Dalio noticed that truly successful people have an interesting sort of humility:

Great people become great by looking at their mistakes and weaknesses and figuring out how to get around them. So I learned that the people who make the most of the process of encountering reality, especially the painful obstacles, learn the most and get what they want faster than people who do not. I learned that they are the great ones — the ones I wanted to have around me.

Take any self-made billionaire — or high achiever in any field — and you’ll find a large number of these “failure-loving” people.

“There’s no way that you can live an adequate life without many mistakes. In fact, one trick in life is to get so you can handle mistakes. Failure to handle psychological denial is a common way for people to go broke.” (From Tao of Charlie Munger)

Mistakes are the currency of success.

Still not convinced? Here’s an excerpt from a third billionaire, George Soros. Many consider him the greatest trader of all time:

“On a personal level, I am a very critical person who looks for defects in myself as well as in others. But, being so critical, I am also quite forgiving. I couldn’t recognize my mistakes if I couldn’t forgive myself. To others, being wrong is a source of shame; to me, recognizing my mistakes is a source of pride. Once we realize that imperfect understanding is the human condition, there is no shame in being wrong, only in failing to correct our mistakes.” (From Soros on Soros)

Okay, so (a) recognizing mistakes and (b) learning from them may be the most important thing for success. But with the recent popularity of books like Dweck’s Mindset, you probably already knew that.

The hard part is doing.

There’s a reason so many of us give up in the face of failure — it feels terrible.

Dalio has a name for this feeling:

“I call the pain that comes from looking at yourself and others objectively ‘growing pains,’ because it is the pain that accompanies personal growth. No pain, no gain.”

Most people fail a few times, get hurt and say, “I’m not disciplined enough for this. It hurts. I can’t do it.”

That can’t be helped. Fear of pain is natural, after all:

“…it seems to be in our nature to overly focus on short-term gratification rather than long-term satisfaction […] the connection between this behavior and the rewards it brings doesn’t come naturally.”

Associating pain with long-term payoffs is not natural, but it can be learned. What’s more, if done well, the pain actually starts to feel good.

“However, if you can make [the connection to long-term payoffs], such moments will begin to elicit pleasure rather than pain. It is similar to how exercise eventually becomes pleasurable for people who hardwire the connection between exercise and its benefits.’

The key to achieving this state is a gradual pushing of your boundaries:

“…because of the law of nature that pushing your boundaries will make you stronger, which will lead to improved results that will motivate you, the more you operate in your “stretch zone,” the more you adapt and the less character it takes to operate at the higher level of performance. So, if you don’t let up on yourself, i.e., if you operate with the same level of “pain,” you will naturally evolve at an accelerating pace. Because I believe this, I believe that whether or not I achieve my goals is a test of what I am made of. It is a game that I play, but this game is for real.”

When we see people doing amazing things — lifting a thousand pounds, making a million dollars in a single trade, walking on tightropes — we tend to forget that they didn’t start that way.

For the first twenty years of my life, things were pretty terrible. No friends, no hobbies, no goals. But since I started looking at my flaws and challenging myself — talking to people that scared me, traveling, pushing myself out of comfort zones — each year has been better than the last.

It is a game that I play, but this game is for real.

Dalio’s sees his work and life as one, high-stakes game…

As a kid, I played games all day as an escape from reality. Until recently, I never considered that all those hours might’ve been useful.

Here’s Dalio on the wonders of gamification:

Treat your life like a game or a martial art. Your mission is to figure out how to get around your challenges to get to your goals. In the process of playing the game or practicing this martial art, you will become more skilled. As you get better, you will progress to ever-higher levels of the game that will require — and teach you — greater skills.

In college, I hardly went to class. Instead, I would wake up a 9 or 10 in the morning and play games well past midnight. The only breaks I took were to scavenge the fridge or use the toilet.

I wouldn’t recommend that life to anyone. But not once did those countless hours feel anything like “work.”

Gamification is not about looking down on life. It’s about reframing life — and failure — in a way that makes it fun. And if it’s fun, you can do it forever.

The challenges of life become thrilling:

“Once you accept that playing the game will be uncomfortable, and you do it for a while, it will become much easier (like it does when getting fit). When you excel at it, you will find your ability to get what you want thrilling.”

If you look at serious gamers, you’ll notice that — sooner or later — simple games no longer satisfy them. They need more complexity, more difficulty, more reality.

What game is more complex, more difficult and more real than, well, real life itself?

When I realized that, I didn’t need games anymore.