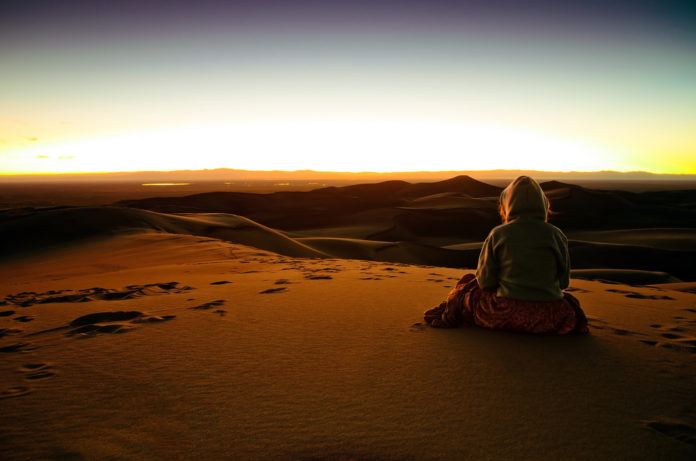 The following contains major spoilers for The Last Jedi.

I am grateful to have been a child the first time I watched Star Wars. As an 8 year old, I was still young enough to plunge unselfconsciously into a galaxy of myth and imaginary friends, and still impressionable enough for it to shape my nascent worldview as effortlessly as melted wax.

From Star Wars, I learned that redemption is the highest, most spiritually vital concept, and that there is an undying spark of good in everyone that can always be rekindled through acts of mercy, compassion, and grace. The struggle between light and darkness within each of us became the lens through which I viewed and coped with my surroundings, and Luke Skywalker, who appeared, to my young eyes, to beat back the darkness for good with a single act of mercy, became my hero.

But imaginary friends do not typically survive the transition to adulthood, and most childhood idealism is tempered, if not fractured, by experience. If we are lucky, these fractures generate wisdom rather than bitterness. Darkness comes for all of us, in many forms, and no single act of goodness can beat it back forever. Victory is temporary, and useful only insofar as it makes it easier to face the next challenge, and the next, and to inspire goodness in others. Learning to embrace this cycle, to accept setbacks with peace and purpose rather than grief, is one of the most painful (and ultimately necessary) lessons to be found in The Last Jedi. I didn’t want this movie. I didn’t want it even after I saw it. But I loved it.

The truth is, fans often conflate what something means to us with the thing in and of itself — if I had a dime for every time two equally passionate people (myself included) held comically incompatible beliefs about whether or not something was “true to Star Wars,” I could buy the rights myself and commission season after season of Kyle Katarn prestige TV.

This goes double for individual Star Wars characters. In the 72 hours since The Last Jedi opened, most of the negative responses I’ve read have centered on whether or not Luke would “ever really do X,” or whether his death was earned, and I don’t really want to dismiss these takes because they were all I could feel/think about in the build-up to the premiere, as hypothetical existential crises faced by fictional characters is apparently the kind of shit that keeps me up at night.

This essay is already pratfalling dangerously close to the line between deeply personal and humiliating overshare, so I will spare you the detailed account of a lifetime with major depression and simply say that, throughout my childhood, there have been real, specific situations with calendar dates in which having an imaginary hero saved my life. And I don’t know about you, but I’ve had kind of a shitty year, and losing a fantasy savior so directly tied to my values and childhood coping mechanisms right about now seemed intolerable. If Luke loses the fight to darkness, what hope is there for me? What happens when an anthropomorphic personification of hope and justice succumbs to fear and grief right before my eyes?

Spoiler alert: It sucks. But only at first.

My stomach froze when Luke ultimately confessed to the “fleeting” impulse to murder his sleeping nephew, as though the moment’s brevity were going to be any sort of comfort. It was, as my bewildered boyfriend declared on the drive home, “some dark side shit.” It was impossible for me to reconcile this act with the hero I’ve loved, because that guy had already proven himself to be stronger than fear and hatred, roll credits. Now, this may not be your take, but this is the take I’ve read over and over again this weekend, and it used to be mine. The Luke shown in The Last Jedi was broken in a way that felt, to some, like a total character regression, walking back his arc to such an extreme that it felt unrealistic.

But is it? This is not the first time Luke fell to the dark side only to recover a moment later. In spite of his sincere belief that Vader could be turned, Luke only chose to spare his father’s life after he cut off his hand in a violent rage. As far as his legacy is concerned, that dark lapse, the initial failure, is eclipsed by the extraordinary act of heroism that followed. But there are no perfect arcs in life, even for heroes. The same challenges show up again and again with different faces, different stakes, offering new opportunities for growth. The weight of Luke’s legacy and his venerated status as a hero allowed him (and us) to believe that he only needed to learn that lesson once. He was wrong.

It does us no favors to imagine that we can ever become immune to darkness. Fear, hatred, and jealousy will always come back for us, and we will always, sometimes, fail to resist. You will struggle, and sometimes fail. Don’t flinch, read that again. Read it without judgment, knowing that failure says nothing about strength, your ability to succeed, or the futility of hope, love, and kindness. Failure is, as Master Yoda says, the greatest teacher. Our extremely fucking difficult job is to let it teach us wisdom and empathy, not regret.

The dark side came back for Luke, as it always does, and boy did he blow it. He acted on the fear that Ben Solo would kill everyone he loved, would destroy the last living guardians of peace and justice in the galaxy, and that if he didn’t stop his nephew now, he never could. What Luke did was understandable. It was also indefensible. That both of these things are true is what elevated The Last Jedi beyond the series’ previous depictions of good and evil without resorting to a lazy koan like, “What if the Jedi are also bad?” Instead, it raises a far more meaningful and practical question, one that is asked and answered by every major character in Episode VIII: “When a hero does the wrong thing, what do they do next?”

Luke ran. Of course, just as redeeming Darth Vader at the end of Return of the Jedi did not represent a final victory over darkness, Luke’s betrayal of his nephew and the massacre that followed did not render him permanently incapable of helping the people he loved. But the illusion of finality is a powerful seductive force, and it convinced Luke that his continued involvement in the Resistance would only ever cause further pain and destruction. Finality, even painful resignation, is an insidious bedfellow because it removes the burden of agency and doubt — you have finally won or you have finally lost, and now you can let go, knowing that whatever happens from now on is outside of your control.

Luke’s compulsion to torch the tree containing the last remaining Jedi texts is the same that sent him into hiding in the first place: fear of, and the inability to tolerate, the possibility of failure. He was afraid of losing another apprentice to the dark side. He was afraid of joining the Resistance and being defeated. He was afraid of facing his sister, and the nephew he failed so badly. He was afraid that he was beyond hope. And so he chose to believe that his fate, like Kylo’s, had already been decided.

As for me, I was so afraid of seeing my hero lose the fight to darkness that I forgot to consider that there is no one fight. You will fight the dark side on multiple fronts for the rest of your life. That none of us are immune to fucking up is the painful but necessary counterpart to the belief that none of us are ever beyond hope. A perma-good, anthropomorphic personification of hope and justice is not only unrealistic, it is incompatible with a worldview that holds that it is always our next choice, not our previous, that matters most.

Luke’s last act, the one that cost him his life, required him to be nothing more than a symbol for others. The last remnants of Resistance, the “spark that will light the fire that will burn the First Order down,” were saved not just by the man, but by his mere image, projected all the way from his exile on Ahch-To. Luke finally found redemption by accepting the gravity of his failures without allowing them to subsume his identity. He died with “peace and purpose,” knowing that his ideals will live on in the deeds of those he died to protect.

The Last Jedi firmly rejects the idea of an infallible hero, and with good reason. What it doesn’t do, however, is dismiss legends and heroes as merely the opiates of fools too sentimental and cowardly to let go of their ideals. The final scene depicting three enslaved children finding genuine hope and resilience in a ring and a handmade Luke Skywalker doll explicitly confirms The Last Jedi‘s stance on the cultural and emotional importance of symbols. Less explicit, but worth considering, is the fact that Rey managed to steal away the Jedi texts before they were destroyed, hiding them in a bedside drawer on the Falcon.

Is that what Yoda meant by Rey already having everything she needs to become a Jedi? I mean, maybe. But what’s more compelling is that she, like Luke, may never need to read them. She could. She may take the bits she wants from them and ignore the rest. She may even write her own. But the claim that The Last Jedi sets fire to the old Star Wars as a middle finger to its fans is ludicrous. This movie fucking LOVES Star Wars. It merely questions our uncritical worship of legends and heroes that no longer serve us, which is to say that, in The Last Jedi, heroes are only as good or as useful as the actions they inspire. There is a lot we can learn from a flawed Luke Skywalker, including that we are never too good to fail, and that even when we do, we are never, ever beyond hope.

Leave it to Yoda to sum up this whole abominable wall of text in a single, perfect sentiment: “We are what they grow beyond. That is the burden of all masters.”

When a hero does the wrong thing, what do they do next?