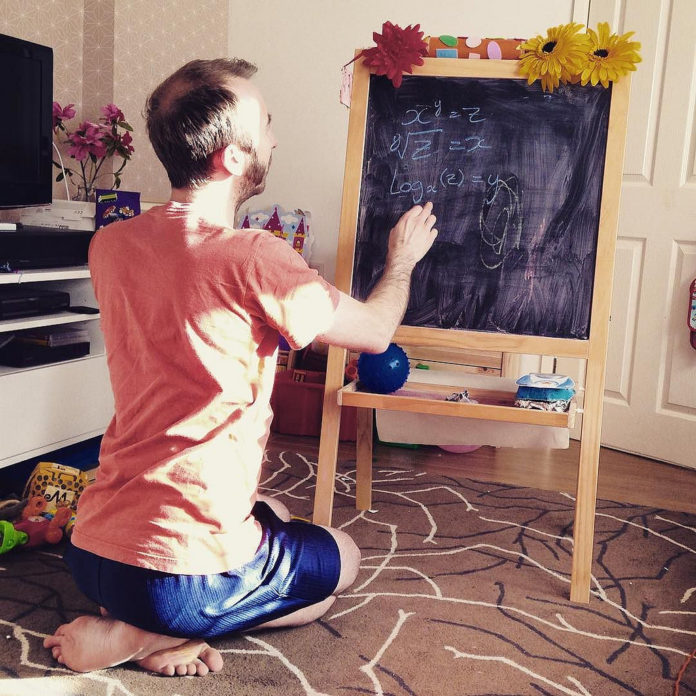 The unexpected upsides to studying numbers.

icture a mathematician. What do you see?

I’ll conjure up a popular image. It’s late at night. A figure is hunched over a desk scribbling into a notebook. The room smells like graphite dust, eraser shavings and body odor. Numbers and symbols gleam in the lamplight, and a calculator sits idle nearby towering textbooks.

It’s not an entirely unjust stereotype. Math attracts its fair share of cave dwellers. (I should know, since I had lecture with them.) So when people discover that I studied applied mathematics in college, I get why they might raise an eyebrow like I’m from a different species.

The truth is far less exotic: I chose to study math because I was good at it and thought quantitative skills would bolster my career prospects. As it turns out, I wasn’t very good at it. I got my ass kicked by Euler and eigenvalues alike. And although familiarity with statistics has proved marginally useful, I’ve never used 99 percent of the methods, proofs and theorems I painstakingly studied in my college courses.

There were so many moments that I wished I had picked a different major. Something easier. A little less painful. At times, I hated math. And yet, six years later, I’m so grateful that I studied it. The reasons have nothing to do with numbers and everything to do with life.

1. I expect to not get the answer on the first try

As a kid, I thought I was pretty hot shit, mathematically speaking. If my answer didn’t match the key in the back of the book, I’d blame the book. “Must be a typo,” I’d reassure myself. It was never a typo. I was just wrong.

As a college student, I discovered that the first incorrect answer was a rite of passage — a necessary misstep on the path to truth. This became so ingrained in me that if I got the correct answer on my first attempt, I’d think, “Must be luck.”

It might sound pessimistic, but I think it’s pragmatic. I was rarely discouraged, because I never expected a quick win. And if I was correct on the first stab, I was pleasantly surprised. I became well-rehearsed in failed attempts, and so much more patient as a result.

2. I can tolerate ungodly amounts of frustration

Writer’s block has nothing on a tough math problem, and I’ve suffered through both. Writer’s block usually boils down to you thinking you’re not good enough. With math, it feels like the universe is mocking your ineptitude.

I’ve torn my hair out while multiplying matrices, watched it flutter onto thrice-erased sheets of paper. It brought me no closer to the solution, and so I couldn’t help but think, “Well, what was the point of that?”

My linear algebra teaching assistant once said, “Math is pain.” I agree. Studying math is masochistic. The trick is to welcome the pain. Invite it inside for Triscuits and gouda. I learned to find fun in frustration, treating it like a game where I would be the eventual victor.

As a result, my tolerance for frustration is so much higher. I’m convinced that the seeds of patience and resilience were planted and sprouted in those math notebooks.

3. I attack problems from multiple angles

When I was a kid, my dad had a massive red toolbox filled with wrenches, screwdrivers and various gizmos. It was so big that I needed two hands to hold it.

Studying math was like maintaining a toolbox. Each time I learned something new, into the big red box that newfound knowledge went. Who knew when it would be useful? Long-buried methods could be just the socket wrench I needed later on.

The science of math is grounded in wielding the right tool in the right step. The art lies in knowing which tool to grab. Thing is, when you’re constantly encountering mysterious machinery, it’s difficult to determine which tool fits.

I became adept at trying all sorts of tactics, accustomed to chipping away at a problem from different angles on the promise of a breakthrough. And that simple joy of solving a problem propels me, for there are few better feelings than when the key finally clicks and the lock opens.

4. I check my goddamn work

Knowing how to solve problems is Act One. Act Two is not fooling yourself into thinking you know more than you do.

The arrogant mathematician is a sloppy one. True mathematicians are skeptics, wary of their own instincts. Even if I knew how to find the solution, I still proceeded with caution. One dropped decimal could blow it all.

Even once I’d solved it, I checked each step again, trying to suss out faulty reasoning or careless mistakes. Sometimes I solved the problem a different way, ensuring that I arrived at the same result.

Math reminded me that I’m fallible — prone to all sorts of mishaps and missteps. I shouldn’t cut corners, because walking with practiced care was better than flailing at a full sprint. And just because I arrived at an answer, didn’t immediately make it the right one.

Perhaps you’ve heard the stereotype that Asians are good at math. Let’s just say I have a large sample set and, sure, some Asian math students are very smart. Or at least smarter than me. So is there a gene that imbues Asian people with math talent? I doubt it very much .

Could it be that some Asian students were raised to be more persistent than Americans? Maybe.

In a famous study, classrooms of American and Japanese first graders were given an impossible math problem. The American students gave up after less than 30 seconds, while the Japanese students persisted for an hour before the proctors stopped them to confess that the problem was unsolvable. (How cruel!). The grand difference came down to Asian cultures prioritizing practice and persistence in education, along with embracing that struggle is a large part of the learning process. In the Western world, the idea of inherent intelligence is pushed and prized, which undercuts the importance of educational struggle. I buy that American children are a bunch of cupcakes. Give an American kid a math problem, and chances are they’ll squirm, whine, complain and hit you with that tired refrain: “When am I ever going to use this in the real world?”

Answering that question directly is a mistake. When are you going to need to factor a polynomial in the “real world”? Maybe never, kid. Especially not with that attitude.

But when are you going to face a problem that requires focusing for more than 30 seconds? All the goddamn time.

I’m so fortunate that math forced me to practice persistence. It paid massive dividends later, even if I was too immature to recognize it in the moment.

6. I know what makes me happy (and what doesn’t)

My biggest lesson from math was the most counterintuitive: It wasn’t for me. Although I studied applied mathematics as a 19-year-old, I grew disillusioned with the actual application of it. I wanted to go out into the world and dothings, not pore over problem sets.

So I tuned out. I mailed in midterms. I submitted half-finished homework, if I turned it in at all. The only time I saw an “A” was at the start of my first name.

I was perfectly content being mired in mathematical mediocrity.

And that scared the shit out of me. Because I couldn’t ignore the voice deep inside that screamed: This isn’t what you were meant to do.

The truth is, math didn’t move me. My stomach dropped whenever I walked by a classroom and a chalkboard. After each final, with mathematical methods rattling in my head like a tambourine in a dryer, I couldn’t help but think, “So… what do I do with this now?”

As graduation grew closer, I set one career goal: not dreading going to work in the morning like I did math lecture. Money could never compensate for that feeling.

When I graduated, I closed my math textbooks for good. I discovered new passions, learned new skills and grew in new ways. Six years into my career, I can say that being comfortable with numbers and data has been useful, but what has proved invaluable are the qualities that math imbued in me — patience, attention to detail, humility and persistence. That was the true reward.

After all that pain, angst and frustration, it may have been cathartic to douse my math textbooks in kerosene and light them on fire. But I kept them instead. They’re on the bottom shelf. Even though I never take them out, I like having them around.

For a long time, I thought this was just a collector’s impulse. But I just moved recently and I put my bookshelf back together from top to bottom: first the novels, then the narrative nonfiction and memoirs in the middle. I could’ve sworn I heard the wood creak and the shelves slide forward. It was too top heavy.

I needed that bottom row of math textbooks. They were my anchor. The bedrock. The foundation for much of what I’ve learned, and a sturdy base for everything still to come. 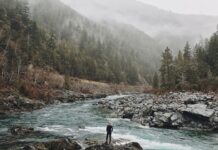 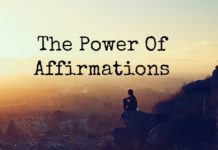 5 Things that Every Entrepreneur should Learn from The Ramayana