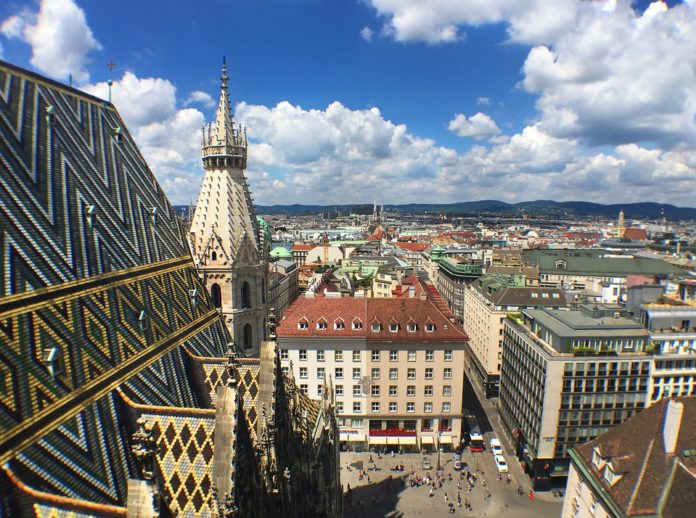 Vienna is the prime location for budding entrepreneurs starting a new business, according to new research conducted by the UK’s leading freelance marketplace, PeoplePerHour.

Historically known as a city of culture and music, Vienna has not been left behind when it comes to business and is now a haven for startups.

Offering the best quality of life around, exceptional commute experience, a diverse talent pool, strong healthcare provision, low-cost office space and good internet speeds, the city seems to have everything entrepreneurs would need to get a new business up and running.

The Index was devised using a variety of data to rank each city according to the factors most likely to impact upon startups, such as availability of coworking spaces, quality of life and strength of the local talent pool*.

PeoplePerHour created a metric to provide a definitive Index, ranking the top 25 cities in terms of suitability for startups.

Second place in the 2019 Index was awarded to Tokyo. As Japan’s capital gears up for next year’s Olympics, it seems that sport is not the only thing on the city’s mind.

With the second-best healthcare provision in the Index and good coworking spaces, commute times and quality of life, Tokyo also presents a fair prospect for new business startups.

Madrid takes third place, performing pretty well across the board. While Brussels (5th) and Paris (8th) also make the top ten, helping Europe to put on a strong showing for startups overall.

London, in 16th position, is the only British city to make the Index. With a strong reputation as a startup hub, London’s placement may well come as a surprise to some. Especially as it comes second place overall for coworking space availability.

But the high cost of office space, longer commute and comparatively poor quality of life, England’s capital might not be the startup Mecca most people believe it to be.

That being said, to achieve a top twenty five ranking in a global index isn’t to be sniffed at either.

Globally, their impact is immeasurable – yet enormous. So, it’s vital for cities to provide an infrastructure capable of nurturing new businesses, if they wish to continue to flourish.

These fledgling businesses are benefiting from more affordable business services than their predecessors too, from the boom in co-working spaces to the ability to access the best on-demand talent using platforms like PeoplePerHour without the traditional overheads associated with employees.

‘From Vienna in first place, to Beijing in 25th, any country that can be seen to be making provision for new business can be credited with planning for the future and laying the foundations for a strong economy. There is uncertainty in Britain at the moment, both in home politics and with regards to ‘Brexit’, so it’s perhaps not surprising that London has only made sixteenth position, but we hope to see London climb into the top 10 in coming years.‘

PeoplePerHour used a variety of data to rank each city according to the factors we thought would most impact startups. Using information related to business infrastructure PeoplePerHour selected the top cities to compare and created a scoring system to rank each metric listed below. Those results were used to give an overall city ranking for each of the top 25 cities to start a business in.

PeoplePerHour is the UK’s leading freelance marketplace. Founded in 2007 the site boasts over 2m users across 150+ countries, and has paid out in excess of £100m to freelancers since.