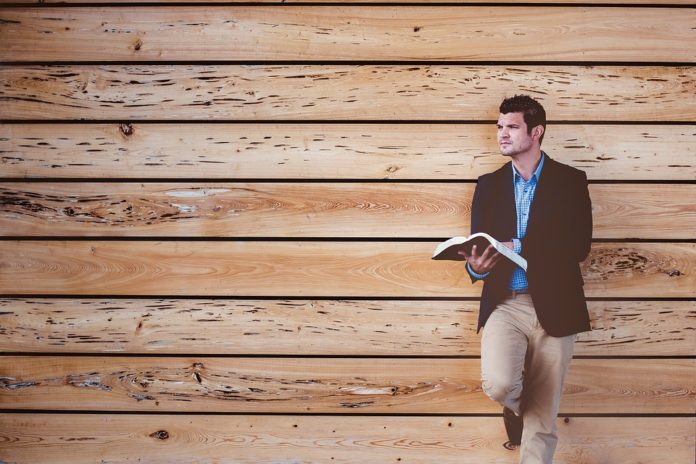 There’s no good way to tell your board that you’ve blown a quarter, or your superstar head of data science is jumping ship to Google. Still, breaking bad news is a key skill for founders and delivering it well is often what keeps a company alive.

Oddly enough, it’s gotten harder to be the bearer of bad news because of the surplus of capital in the venture market. Why share concerns about upside-down unit economics when it could jeopardize a future funding round? No one wants the music to stop, and it’s often rational, in the short term, to focus on the positive.

But startups need to avoid the plague of rationalization. If those closest to the business aren’t focused on things that aren’t working, they can’t help fix them. Shoving small bits of bad news under the rug may work temporarily, but when the team or board finally see a peculiar pattern emerge, they may lose faith immediately. When asked how things are going, the best founders usually respond with one positive fact and one challenging data point.

I’m not advocating radical candor on all things. Teams and investors need the context around problems, but they need frequent and honest communication. Here are some suggestions:

What to Say and Do if You…

Your board should never find out that you’ve missed plan the morning of the board meeting. Even worse, is re-writing the plan every board meeting or every month. Many of my previous board members took copious notes and would quickly detect a change in revenue or cost forecasts. Don’t try to pull the wool. Instead, have an action plan at the ready.

● Figure out why sales have fallen. E.g. If its a drop-off in Facebook ad efficacy, have a plan to diversify channels.

● A good move here is to set up a call with each board member individually, walk them through the issue, your plan, and solicit their advice BEFORE the board meeting. No surprises.

● By the time the BOD meeting rolls around, you should have some data from your remediation plan and be able to discuss future steps.

You’re going to lose people. It’s inevitable, but why they leave is crucially important. Founders tend to glorify the newest hires. We used to joke that all new hires were handed the “Messiah T-shirt,” meaning that the newest employee was going to fix all the problems facing the company. When they left, I remember saying to my investors that they “were never a good fit.” This excuse may work once or twice, but if its a pattern, you have a problem.

I always used board meetings as an opportunity to talk about recruiting, attrition and culture. Don’t save the “soft stuff” for the HR exec. While you may think board members just want to hear about the numbers, the more you socialize them to the realities of the people issues, the better prepared they’ll be when your former messiah walks out the door. A few questions your investors will probably have:

● Did the former employee exercise their options? Talented people leaving ostensible value on the table is a terrible signal about the startup.

● Why did the person depart? Some investors will talk to execs upon their exit to see if their story and the CEO’s jibe.

● How many people have you lost? A single job-hopper won’t shake investor confidence, but a steady trickle of regrettable losses is a troubling sign.

There are few things more deflating than spending weeks or months trying to land a deal and seeing it go to one of your competitors. I’ve seen many founders create lengthy sales funnel spreadsheets filled with high confidence percentages. The hardest thing to explain is when a deal that you thought had a 90% chance of closing lands in the hands of your competitor. When theoretically high confidence sales fall through, investors will ask, “What else is the founding team overconfident about?”

● Try to figure out why you lost: Don’t be shy about asking your potential client why they chose your competitor. Was it a lack of functionality, better pricing, or client services? Bring that feedback to the Board and investor group. The anecdotal quotes matter because you’re trying to bring the flavor of the customer objections to the investors.

How you break the bad news matters. A lot.

Don’t go dark: If you’ve got bad news to share, be proactive. If you’re usually someone who responds to emails quickly, don’t let them lag. If you’re typically not very responsive, work a little harder during times of bad news. It’ll signal that you’re aware of the gravity of the situation and are acting appropriately, despite a more laissez-faire personality.

Don’t use email: If you’ve got really bad news, don’t email or text—call. It might be uncomfortable and time-consuming, but you’ll also be able to answer questions immediately, project confidence with your voice, and avoid any miscues that crop up in digital communication.

Control the story: Part of the reason to be proactive is to control the story. One of the worst things a founder can do is let a board member hear bad news from a 3rd party. If an investor hears troubling things through the grapevine, before they hear it from the founder, concerns will be raised.

Don’t downplay bad news: There’s a natural reflex to downplay bad news. “Landing that deal would have given us huge exposure, but hurt our margins,” or “He wasn’t the right person to head product anyway.” Avoid this temptation. If you suffer a regrettable loss, own up to it. If you’re getting out hustled by a competitor, you should formulate a strategy to correct the problem.

Communicate regularly: The best way to share bad news is to do it regularly and interspersed with good news. I had a standing monthly breakfast with one of my investors. That gave me the chance to report the good and the bad. If you get in the habit of sending an investor update on a monthly basis, you’ll have a chance to share the ups and downs of the business. Here’s a template to make the process easier.

A little sandbagging goes a long way: Sandbagging got a bad rap and taken to its extreme, it’s counterproductive, but good CEOs master the art of under promising and over delivering. Whether it’s a new hire, a new product, or a new marketing channel, be circumspect in your claims.

Keep a full pipeline: you’re going to lose deals. It’s just the nature of sales. But it’s a lot easier to update your board about a lost sale when you can immediately provide a positive update about two other potential clients in the process. Likewise, if a product rollout flops, be ready to move onto the next experiment after incorporating data from your recent failure.

Communicate with your team

All of this advice applies to communicating with the team, as well. As a CEO, your job isn’t to subject the team to all of the ups and downs you internalize. Engineers need to focus on engineering, sales on sales, etc. But at the same time, the team deserves the truth. As CEO, an authentic talk about the news is critical. Typically the CEO doesn’t need to get into every detail — if the board deck was 30 slides, pick the five that conveys the challenge but not necessarily a blow by blow account of the challenge and share those with the team on a regular basis.

If you miss a major sales goal, the team should know. But such news should always be accompanied with a game plan to fix it.

Sometimes the truth is hard, but deceit always catches up with us — in a personal or business context. You’ll be surprised all the stuff that the board has seen — likely a lot worse. More than anything, they’re there to be helpful, and they can often help you through it.