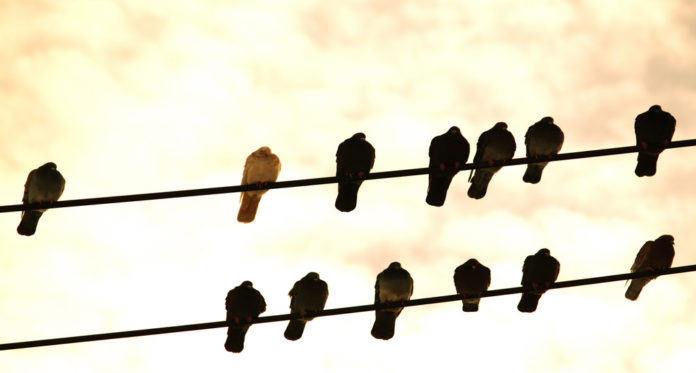 “We are here to laugh at the odds and live our lives so well that Death will tremble to take us.”

It’s a line only Bukowski could have written. To some, he was a cult-hero. To others, he was a low-life. In either case, the man made an impression.

An author, a pessimist, an alcoholic, and a poet. Bukowski’s work has outlived him by decades. Few have captured the struggle of life with the complex simplicity that he did.

What he said was always easy, but it came with a depth that somehow illuminated the hidden dimensions of reality. It peeled back layers that you wouldn’t otherwise have known existed.

He wasn’t concerned with anything beyond what he was, and he didn’t need you to agree with him. His art was simply about what he had seen through his own eyes and what he put down on a piece of paper. His pain and his laughter. Nothing more, nothing less.

Despite his blatant mistreatment of the opposite sex and his questionable lifestyle, Bukowski often gets somewhat of a free pass. Likely in part because of his skill as an artist, but arguably as much, too, because of his awareness of himself; his refreshing authenticity.

He knew who he was, he didn’t mold to outside expectations, and he wore his flaws openly.

From a point of material success or happiness, his life isn’t one you want to emulate, but his insistence on being himself and using that to his advantage is a quality worth borrowing.

Mind Your Own Business

The influence of society is powerful. The collective forces, made up of the individual behaviors and perceptions of billions of people, constantly try to guide us in one direction or another.

We might have preferences and ideals of our own, but this kind of pressure can sometimes make it hard for us to distinguish between our own voice and the direction of the larger world.

It’s quite easy to get caught up doing things you don’t want or acting in ways that don’t cater to your personality. Going against the grain is a battle, and it’s not an easy one to win.

As a result, we often tend to make compromises in our natural, comfortable behavior so that we can give these social forces what they want in hopes of a reward. We start running our businesses like everyone else, and we make our art a little more commercial to blend in.

In the near-term, this may work occasionally. Over time, it’s a failing strategy.

The ironic reality is that the best way to be seen is by minding your own business. It’s by spending time cultivating energy in yourself so that you become so interesting in your own way that it not only stands out, but it’s impossible to ignore. That’s what creates the difference.

On the surface, there was nothing fascinating about Bukowski’s life. It took him decades to get noticed. But by the time he did, he’d developed such a relatable voice that it was precisely the work he had put into this distinction that enabled him to write books that sell even today.

Asking for attention doesn’t work. Attention has to be provoked and earned.

Don’t mold yourself to what society appears to reward. It’s not only ineffective, but it also takes time, effort, and value away from working on yourself. That’s where the magic happens.

Authenticity Has a Reward

A major reason that many of us let the noise of the world dampen our own voice is that we presume there is a disincentive for going against the grain or challenging the status quo.

In small, homogeneous groups, there can be. In the broader world, the effect is the opposite.

When you hold a belief about something, you’re always going to set yourself up for the possibility of critique and disagreement. The difference is that if you’re authentic, and not unnecessarily combative or self-assured, most reasonable people will appreciate that.

It’s a basic act of decency. We increasingly live in cultures where people identify more often as being against something than they do as being forsomething. It’s the root cause of the vast polarization in our world today, and a change of pace is refreshing for many of us.

If your way of living is different from the herd, embrace it and own it. Much of the time, it’s not about what it is, but it’s about how you wear it. Standing up for something without needlessly stepping on toes shows confidence and honesty. It’s a kind of authenticity that people buy into.

Bukowski wasn’t a charming guy, but he knew that. Along with the harshness of his thoughts, every page he wrote also contained a dose of vulnerability. He was stripped bare, whether you liked it or not. That influenced how the world saw him, in spite of his faults.

On one end, we all know this. That said, the idea that authenticity is a competitive advantage is unintuitive enough that it doesn’t fully register when we are surrounded by a reality that is so intent on how telling us what the rules are and how important it is to abide by them.

The best way to stand out in a noisy world is to own who you are with grace.

Charles Bukowski might not be an exemplary role model, but his raw authenticity is an example we can all take something from. It’s a reminder that the voice inside of us matters and that it’s worth fighting to uncover in a world that tries very hard to keep it covered.

Over time, we grow, and we readjust. The external reality plays a part in that transformation, and it’s not always a bad thing. It’s an evolution more than it is an unwelcome change.

That said, we all have characteristics about us that reflect beliefs about our place in the world, and unless these evolve in a beneficial way, they’re worth holding on to tightly.

Rather than worrying about what external influences expect of you, focus on yourself. Cultivate your life in a way that excites you, and be so interesting you can’t be ignored.

People don’t respond negatively as much to what you do, but rather to how you own it. If you stand for something with awareness and without aggressively putting down something else, the world sees qualities that it likes, and that’s something it tends to reward in the long run.

Standing out for the sake of standing out is generally undesirable. At the same time, we live in a busy and crowded world, and being able to show visibility is something that pays dividends whether it be in your personal life or in your work environments.

Luckily, if you do it right, you don’t have to compromise yourself to be seen.

The internet is noisy

I write at Design Luck. It’s a free high-quality newsletter with unique insights that will help you live a good life. It’s well-researched and easy-going.