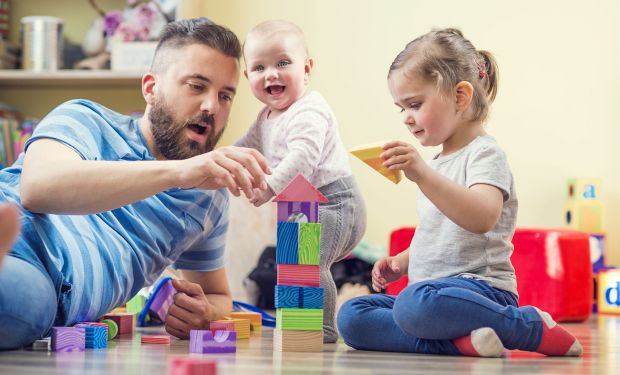 Getting a new toy for Christmas or your birthday when you were a child was the best feeling in the world – but what are our childhood toys valued at now?

UK-based Games Room retailer Liberty Games has analysed the cost of our favourite vintage toys and found out what they would be worth in 2019, in order to find out what your return on investment would be if you were to sell one of these today.

How much could you be cashing in with your childhood favourites?

It is thought that a staggering 92% of Brits have unused items stashed away in their homes, with toys (such as dolls, teddies and board games) being the most held onto items. But how much money could your favourite childhood toys make you if you sold them today?

Research conducted by leading games room retailers, Liberty Games, reveals that ‘Hot Wheels’ are the toys with the biggest ROI – with the racer cars having increased 85,253% since their release in 1968. You could make a staggering £405.47 on retailers such as Ebay in 2019, despite Hot Wheels toys costing only 48p when they were first released.

Top ten childhood toys with the greatest return on investment:

Taking the crown for the highest value childhood toy is Cabbage Patch Kids dolls, which were last sold for £2,432 a doll – an impressive 11,982% increase from the original price of around £20 a doll.

The Cabbage Patch Kids were a global success, having sold over 95 million dolls worldwide by 1999.

The success of the Cabbage Patch Kids is not only reflected in the huge sales figures but also in the frequency of the dolls in the media through the 1980s and 1990s – in 1992 the dolls even became the first official mascot of the US Olympic Team!

Other popular toys that might be hiding in your attic and worth a few pennies, are old Monopoly boards, Barbies dolls and Pez dispensers – all now selling for several hundred pounds more than their original price.

The Strawberry Shortcake dolls were released in 1979, had food-themed names and were scented to match their name. Costing only £16.10 at the time of release, the dolls have increased around £1,038.18 – a 6447% increase. 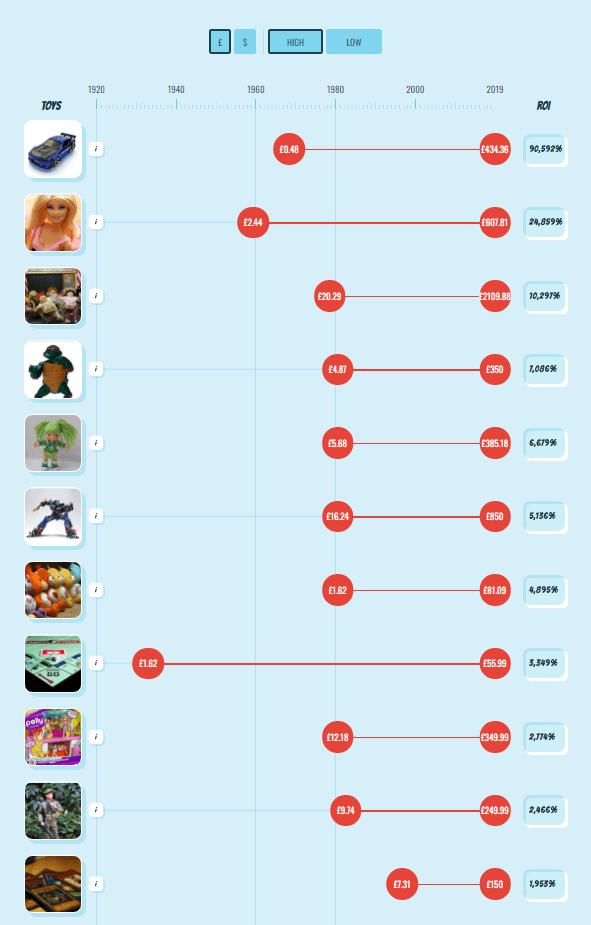 “Many of these toys would have been bought by people as ordinary, relatively cheap gifts for their children, unaware of their potential return on investments 20 or 30 years later.

Many of the toys that have high ROIs are still being sold today, with original Barbie dolls, Monopoly boards and Teenage Mutant Ninja dolls are worth up to thousands of pounds to collectors.

If you’ve ever had one of these popular childhood toys it might be time to get in the attic and dig them out – you could make a substantial profit.”