India’s start-up revolution began in 1998, when the first venture capitalists (VCs) arrived from the US and backed early businesses in IT services for global corporates.

The second wave came in 2006 when home-grown VCs raised large amounts of capital and funded products and services companies for Indian consumers.

This is a gripping behind-the-scenes story of a VC’s journey, right from the beginning of the second start-up revolution in India in 2006 until the end of the funding frenzy in 2016.

Excerpts from the newly released book:

Eye Opener in a Health Investment

Prior to EyeQ, we came across a childbirth clinic that was attempting to make childbirth a pleasant experience for the expectant mother.

The team was a combination of an obstetrician and a businessperson from a real estate background. 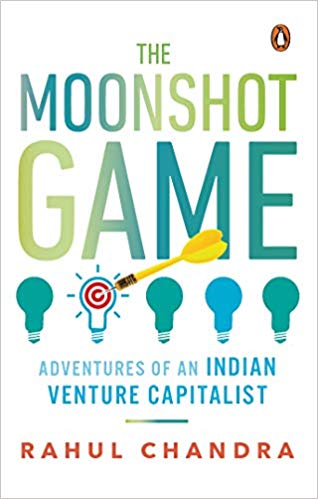 A single location of a childbirth clinic could generate Rs 2-3 crore and lowered the complexity bar for the number of locations.

This made it very attractive. We decided to invest in this company and called a few VCs to co-invest with us.

One of them liked the company so much that they decided to keep us out and funded the company entirely on their own. It was a strange experience, but we admired the VC firm for their single-mindedness.

Founder salaries are Gandhian tools to keep the balance between founders and investors. They are Gandhian because it’s a moral position achieved through a personal sacrifice.

How much is a founder’s salary worth? When everyone around the table knows the salary-earning potential of a founder who has chosen to take an income only for sustenance, the power of that moral stand helps maintain the balance in the board.

As an investor, I have tremendous respect for founders who forego high salaries to put the company’s interests first.

The cash is limited; it can be dissipated in high salaries or be used to build more equity value for everyone.

I saw an example of this in Mr Ashok Soota, co-founder of IT services company Mindtree. After the dotcom collapse in a tough market, he decided to cut his salary in half.

As a young VC working at Walden, I was awestruck by this act of leadership by Ashok. The board had to work hard to convince him to consider a cut that was not too deep!

VCs Have to Live With Some Displeasures

What should have been a simple first round of financing was a drama of epic proportions. Our lawyers presented the company with a first draft of the lengthy agreement called the Shareholders Agreement, the SHA for short.

After UnitedLex went through the SHA, a frustrated cry of disbelief went up. They thought the SHA draft was a piece of shit.

I got a call from the co-founder. You need to immediately fire your law firm, he said. The partner who is talking to us doesn’t know how to even draft. And don’t even mention the abilities of the associate in the law firm.

I was yet to figure out that this sort of extreme views would be the opening lines of many other conversations that would follow. I am a good listener, but a good listener needs to dispel notions.

I laid out my sympathies but ended the call with a fait accompli. The law firm would stay. We have got to live with our displeasures.

Why Age is Not An Oddity in Startup World

On 5 July 2013, Apoorv Sharma of Venture Nursery sent me a mail connecting me to the founder of a company called Oravel that they had seed-funded.

The founder, Ritesh, wrote me a nice short mail introducing himself…. His mail was an eye-catcher in which he precisely captured the key points of what they did, how they had been growing, their credentials and when they would like to raise their next round… Ritesh was nineteen years old at that time.

I introduced Ritesh to my colleague who was covering travel. He had met Ritesh earlier but still did a perfunctory catch-up. The age factor was an oversized oddity.

The ability of a nineteen-year-old to build a business was highly questionable. Oravel did not even make it to the priority list in our internal filter.

Tasting ‘Burnt Food’ as a VC

On 15 October 2010, I was hosting some close friends at home. We had known each other since eighth grade and it had been a fun evening.

I had a barbeque going in the front lawn and I was in charge. There was nice wine to go with the food and the weather in Gurgaon was perfect to sit outdoors.

My friends were sitting around the barbeque. Around 9.30 p.m., my BlackBerry started buzzing.

I had been very careful about not burning the food on the barbeque, but this buzzing somehow compelled me to pull out my phone.

I squinted to read in the dim outdoor light, and an email containing breaking news from Andhra Pradesh confirmed my worst fears.

Now oblivious to the barbeque, the implications of what I was reading started to slowly sink in.

The ongoing battle of words between the state administration and the ‘highflying’ microfinance companies had escalated to a full assault.

The state had passed a promulgation that banned microfinance activity in the state.

This promulgation would throw three of the largest microfinance companies under the bus. A total of Rs 7000 crore would go up in smoke. We all had burnt food that night. 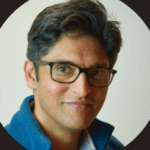 Currently, a co-founder and MD at Unitary Helion venture fund, Rahul Chandra was one of the earliest tech VCs in India as an investor for Walden International’s India focussed fund in 1998. He later moved to Palo Alto to invest in Silicon Valley startups. In 2005, Rahul co-founded Helion Ventures and relocated back to India. Rahul’s past investments include Equitas, Shubham, Ezetap, UnitedLex, Toppr, Railyatri and Spandana.

(Grab your copy of the book here to learn more about a Venture Capitalist’s adventures in the Indian startup ecosystem. Excerpts earlier published on Penguin India blog.)