Most people react strangely to children learning to code in the digital skill’s field. They tend to harbour the belief that coding is a too complex thing for kids to comprehend, and that learning it will never impact on them, seeing it rather as a waste of time and effort. There are, however, a few who feel otherwise, believing that it’s a great skill that kids can latch upon, as soon as they can; opining that it did be a great impetus for them to succeed and be relevant in this dynamic world of innovation. Micheal Jackson, who happened to be the youngest of the Jackson Five, started off early in his musical career, ended up been the best in later years. The Williams sisters, Serena and Venus, are also clear examples in the tennis world. Bill Joy and Bill Gates are clear examples of youths who started off relatively young in the digital world and today history accords them a pride of place in that field. The dictum, therefore, should be, ‘catch them young’. At the MAL Hub, Nigeria, we believe and support the ideas of teaching kids to code because of the numerous benefits kids can get from learning to code at an early age. This belief inspires me to write a story about a 10 years boy who found coding a hobby and aims to one day build a special application for his school.

Ojeniyi Ramadan was born on the 12th of October, 2007. He is a native of Lagos state, Nigeria. For his pre-primary schooling he attended Addoshom and Flowyemo in Lagos from 2008–2009. In the same year, 2009, he began his primary education at Everlead school in Lagos. His favorite food is rice and chicken, while his favourite wears are his red jacket and a smart trouser. He also loves to read books and play football. Ramadan is already showing of qualities of a good leader at early age which had earned him the position of a class captain and his school’s head boy. He is very passionate young man and always eager to acquire new knowledge.

The Journey to becoming a world class young programmer started during his short term holiday on the 19th of December, 2017, when he enrolled for a basic course in computer skills acquisition programme at the MAL Hub. In no time, he had mastered the computer typing skills and by the first week of his training, he was on to the HTML 5 of the training. By the second week of his training he had started writing his first line of code. He was just too excited and happy with his first output: “Hello World” statement was displayed on the local browser. He is a quite focused and determined to feature it on the world wide web where the world can access it.

At the relatively young age of ten, he knows how important coding is in the 21st century and already believes that coding will prepare him ahead, for future challenges. As we cannot do away with technology in every day life, in this modern world, Ramadan believes learning how to code at an early age will certainly help to develop his thinking faculty and more over, his level of creativity. This course he believes has helped to improve his logical reasoning process. At the end of his short term break on 5th January 2018, he had developed his portfolio page using just HTML 5. On the page, Ramadan starred three inspiring quotes for the world to ponder on, he said:

“I would like other children to explore and travel through the digital world and have greater access to web development technology and better myself in the art and science of programming.”

“As I dream of creating a personal Web app for my school, you too can achieve it. Initially, it was my thought to become a successful doctor, but fate bestow on me the privilege and opportunity to reprogram myself towards becoming a programmer. Thanks to my parents and MAL Hub for giving me that singular opportunity”

“Everyone can become successful but the only difference is that whosoever wants to achieve it will have to think, read, learn and ask questions from those who can make them successful.”

I am so inspired by this three quotes, it made me ponder about the future of technology considering the rate at which kids of today are becoming more technology savvy. For Ojeniyi Ramadan, I believe he is taking a step in the right direction. Assuredly, a true motivator in his own right, I believe his family will have every course to be proud of him now and in the future.

Many a parent need to learn from this example and also seek to inspire their wards to pick up programming at an early age; not only will it help develop their ability in the logical reasoning process, but it will also, inevitably, help broaden their horizons in technological areas that are essential to their existence on this planet. 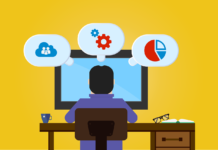 5 Types Of Programming Languages You Should Know About 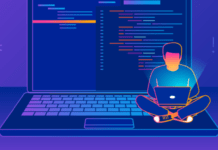 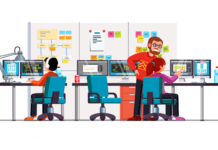 Career & Jobs: The Rise of the Coding Bootcamp Industry