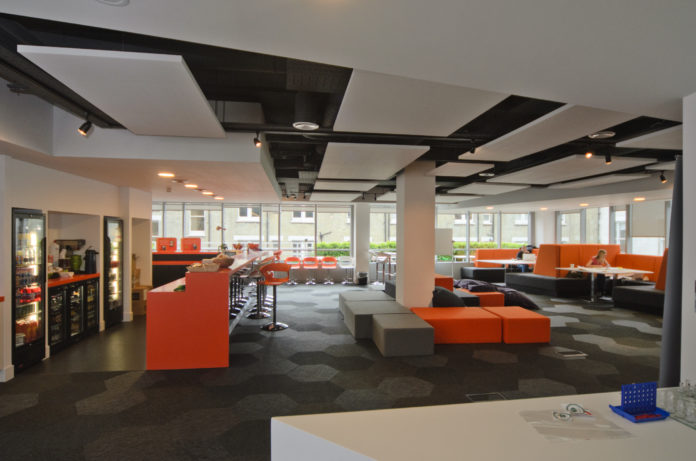 On a tour of a young food startup trying to disrupt the home tiffin service and a young budget room aggregation brand, one gets a sense that the big companies are bound for disruption from their younger rivals.

I’m in Gurgaon early noon. The dusty road is completely clogged with cars. The other side a road is being constructed and the ground is freshly dug. Braving the traffic, dust and pollution, I manage to reach a non-descript building which has no billboards.

A few small trucks are bringing sacks of onions, tomatoes and potatoes. The sacks are being unloaded. As I enter the building, the smell of a giant kitchen engulfs me.

The building houses Yumist, an online restaurant backed by Ronnie Screwvala’s Unilazer Ventures, which delivers hot meals for Rs 120 a piece to customers across Delhi, Gurgaon and Noida.

The startup’s power to disrupt the incumbent large players in organised restaurants and inflight kitchen segment, gets revealed, as I tour the kitchen, spread across 4 floors.

Scores of cooks and packers are running around preparing the next upcoming meals of the day, i.e.dinner.

The workers load the veggies in a sack which is taken to the basement, which houses two cold storages; one for veg and the for non-veg food. Veggies are cut, dried and frozen in big freezers and and so is the the meat.

The menu of each week day is decided in advance.

Via an elevator, the spices, wheat, flour and ingredients needed for menu of the day are transported to the upper floor.

Here the head chef along with other chefs cook the dishes such as dal, kheer, palak paneer and matar paneer in big bowls and frying pans. The capacity of the kitchen is to cook about 30,000 meals a day, as of now.

The cooked meals – such as the chapatis, paranthas in thousands, along with buckets full of dal, shahi paneer, aloo matar and other dishes of the day are transported by the elevator to a floor down below.

Here, they are apportioned in right quantities as per orders. The curries are packed and sealed in individual bowls. While the chapatis are foil wrapped. Each order is boxed in Yumist branded boxes with spoons and tissues.

“We have a bar coded label associated with each order. So if a customer ever complains about a certain dish such as paneer, we can trace it right back to even the vendor,” Alok Jain, Yumist CEO says.

Within its few months of operation, Yumist with its about 100 employees which include the cooks, the packers, the technology team and the runners have developed an operation which can potentially rival a Taj Sats, Oberoi Flight Kitchen or Sky Gourmet which make thousands of meals every day.

While Yumist is not immediately thinking of entering this segment, it can potentially be a rival to the large players in inflight catering, industrial canteen or the restaurant chains, if it wants to be in future.

Earlier this year, Yumist also forayed into the offline domain by setting up manned food kiosks at corporate houses. It targets 50 percent of its revenue from this business, called Yumist Lunchroom, by almost March 2017. It already has a few corporate clients such as Nagarro, Apollo Munich, Exponential, Delhivery, etc.

It is only time that startups such as these will conquer other segments and threaten domination of large companies.

After meeting Yumist, I’m following another dusty Gurgaon road. A crowd has gathered outside Ola office. Drivers are protesting against higher commissions being charged by the Softbank startup.

The Bangalore based app based taxi hailing startup along with its American peer Uber has disrupted the likes of Eco Rent A Car, Hertz and Avis, Meru Cabs and Carzonrent which were ruling the car rental market in India before their younger rivals arrived. Another example of disruption, I muse and carry on.

After a few kilometres on NH8 towards Jaipur, I encounter a road just boasts of one big three red lettered startup brand. A digger excavates ground in the vicinity.

As we enter a sparse building, we are greeted with an empty reception and vacant floors. On the ninth floor of the empty building, we find a basic startup office (with minimal decor) red painted walls and a dedicated young team.

The founder – 23 year old Ritesh Aggarwal is having lunch as we step in.

This is bigger than a Ginger Hotels brand, which has just 70 properties and is owned by the over 100 year old Tata Group.

The company which started giving competition to Ginger Hotels in 2014 aggressively. It slowly bypassed Ginger, Lemon Tree and now also has customers shifting from premium budget hotel brands to its premium offering.

Other budget hotel players such as the Accor hotels which operates IBIS, Comfort Inn are also facing the heat by startups Oyo Rooms, Treebo and Fab Hotels which are operating properties in India’s central business districts.

“We want to have a property within two kilometres of you in every big or small city of India,” says Maninder Gulati, chief strategy officer of Oyo Rooms. To put in perspective India as 11 police police stations for every 100 square kilometres.

“We wish to be like Uber, which can be found nearby whenever you open your app,” he adds.

After the meetings I get a sense of the ground breaking innovation happening in corners of India in dusty roads than plush complexes.

And slowly that innovation of process or technology is bound to disrupt consumer behaviour in various sectors. Ola and Uber’s impact on the Indian urban taxi market is a case in point.

Startups globally have demonstrated the power of disruption and how the big giants can be crumbled by competition which sweeps them from beneath.

Clearly, retail, hospitality, food, pharma, healthcare are all bound for disruption by these small teams working on laptops in remote corners of India.