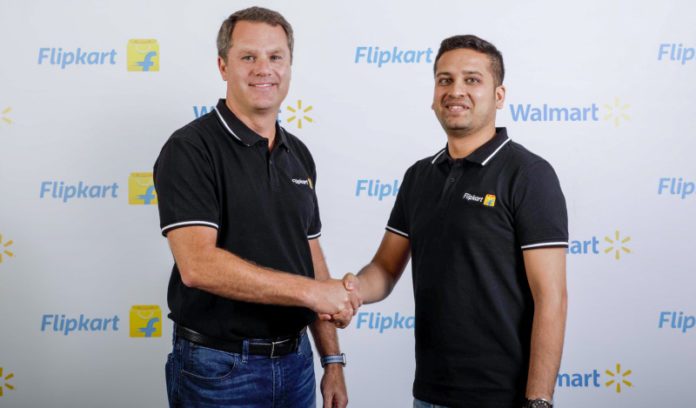 Every business conversation today to the books of decades later, Walmart`s acquisition of Flipkart for $20B will find a special mention.

For one, large scale VC-backed M&As of this magnitude are a rarity (The image below helps bring perspective).

It puts India’s Flipkart right next to tech behemoth WhatsApp, which was acquired by Facebook for $22 billion in 2014.

Second, it is the largest acquisition made by the retail giant Walmart, a company not exactly known to be an active deal-maker in the M&A market and especially at such a price.

In its 56-year old history, it has only acquired 12 companies with their biggest one being Jet.com for $3.3B, when compared to it’s direct rival, Amazon has acquired 69 companies in 23 years of existence. 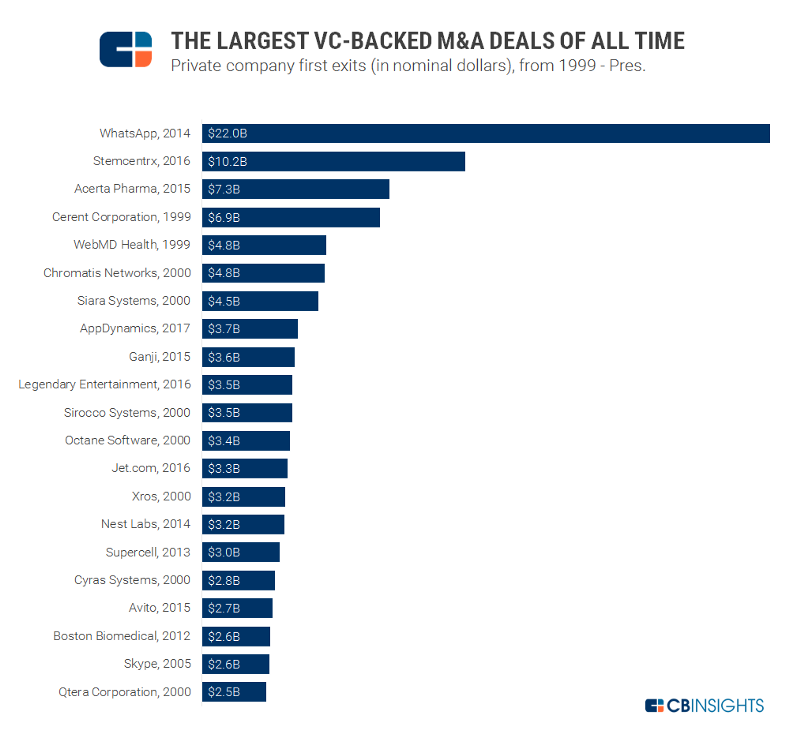 This clearly showcases the belief Walmart’s management team has on the growing Indian consumer opportunity.

Furthermore, this landmark deal silences many debates around Indian startups and their ability to create large, scalable businesses that drive substantial shareholder returns.

Yes, we have a long way to go, but nonetheless, it sets a notable example for Indian entrepreneurs, validates their work and encourages them to be innovative and solve problems at scale.

India is still in the first chapter of it’s e-commerce story with only 3% of total retail spend happening through online channels.

Today 65–70% of E-commerce spend is on electronics & mobile and other categories are highly under penetrated.

India’s GDP per capita is still at $1800 and is expected to grow over three times in the next decade to cross $5000, indicating that household consumption is going to grow massively going forward.

With declining smart-phone and data costs and increasing adoption of technology, digital commerce is at it’s inflection point.

The combination of Flipkart’s local understanding and Walmart’s retail prowess positions them appropriately to penetrate deeper in the market and navigate through the various challenges that India brings with its diversity & complex supply-chains.

In terms of on-boarding newer categories, I believe food & grocery will be a large driver for both Flipkart & Amazon given it’s expected to grow from $1.1 trillion in 2027 from $420B today.

Walmart’s expertise of having created large and efficient supply chains across both the United States & China will be extremely beneficial for Flipkart to grow and capture market share in this category.

The Men of The Hour

I still remember a decade ago when Sachin and Binny had come to us at Kalaari with Flipkart seeking seed-stage capital.

We did not end up investing them because we could not imagine the growth of Ecommerce then given the lack of credit card penetration, FDI issues and lack of logistics.

However, a year later we had understood the inflection point in Indian e-tailing landscape and invested into Series A in Myntra.

With our exit in Myntra, we were fortunate to be shareholders in Flipkart and respect Mukesh Bansal and the entire team at Myntra for the value they created.

In choosing to stay on as a small passive shareholder in Flipkart, we reaffirmed our faith in Sachin and Binny’s ability to continue to drive value for their shareholders.

Flipkart’s evolution over the years has been remarkable and have been great learnings.

Perhaps what stands out the most about the company, is their customer first mindset and their ability and willingness to turn every challenge into an opportunity.

From pioneering Cash on Delivery (COD) a decision that accelerated Indian E-commerce, to building up their own supply-chain at E-kart and not to forget the kids in advertising, they’ve always seen and done things differently, setting audacious goals and executing relentlessly to achieve them.

Majority credit goes to the founders who have not only managed to ingrain this DNA in the firm but have managed to deliver immense value for employees, shareholders and customers.

The transaction is a proud moment for the Indian startup ecosystem and this story will be remembered for years to come as the one that laid the foundations for the next decade of entrepreneurship.

While it is natural for us an ecosystem to bask in the achievement of the deal, it is also important to acknowledge the need for better policies to ensure more Indian startups achieve milestones like these and perhaps build the prowess to be global acquirers versus being acquired.

Over the last few years, the government has realised the importance of startups in the economic growth of the country.

Building the India Stack, reforms in insolvency and bankruptcy laws and setting up of a 10,000Cr funds of funds are welcome steps for #StartupIndia.

However, to keep the momentum going there needs to be continued support by regulatory bodies and policymakers to help solve certain issues that can accelerate the growth of homegrown startups.

One of the bigger concerns today, is the availability of domestic growth capital in India. In China, 75% of venture capital is raised domestically compared to 25% a decade ago. Domestic Corporations, HNI’s and the government have played a key role in funding a significant share of this capital.

While the Indian government has setup the funds of funds, it is still not suitable for foreign domiciled funds to partake in them.

The other concern is that public markets in India are not yet conducive to new age businesses.

Today, a similar scenario is unimaginable in India.

Although, we have made progress by setting up a separate SME exchange with more relaxed norms for startups to list, liquidity is still limited which hinders companies from going public early in their journeys.

To conclude, a robust venture ecosystem is essential for startups to create impact and be of economic importance to the country.

In developed ecosystems like US and China, success of few start-ups and value creation by them for the investors and employees has led to the positive cycle of multi-fold increase in start-ups, availability of capital and talent pool.

Looking ahead, the success of Flipkart will surely create a floodgate of many spawning startups, letting in many inspired and aspirational entrepreneurs to build and chase their ambitions.

Investment of this scale is a strong endorsement of the promise India’s digital consumption story holds in years to come.

I’m optimistic that we as an ecosystem, in the next decade will see more and more success stories like these.

Until then, we should pause and take a minute to celebrate this momentous occasion!

Disclaimer: The article is the independent opinion of the author and does not represent those of Kstart or Kalaari.

(The article was first published here.)