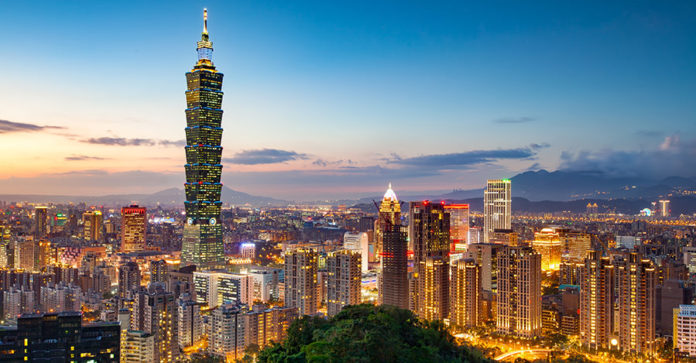 There is growing affinity between Taiwan and India – with burgeoning bilateral trade, investment and cultural exchanges.

Taiwan’s focus on India as an important trade partner has grown steadily with the creation of a New Southbound Policy in 2016 that was aimed to strengthen trade with countries in Southeast Asia, South Asia and Australia and New Zealand.

Significantly, this is evident across sectors such as information communications technology, food processing, healthcare, and electrical vehicles.

There is a great interest in developing industrial parks as part of the ‘Make in India’ initiative, harnessing the ‘Digital India’ program and enhancing electronic manufacturing.

Since the year 2000, Taiwanese companies have invested just $287 million in India.

However, this is expected to go up once Taiwan’s Foxconn, electronics manufacturer and a key supplier to Apple Inc, puts an earlier announced $5 billion investment into India.

Currently, Taiwan has the highest industrial cluster density. With superior development potential, it has huge competitive edge in the IT manufacturing and is the second-largest IT hardware manufacturing hub in the world.

Taiwan’s semiconductor, optoelectronic, information, and communication products account for over 70% of global production.

The production value of silicon wafer OEM is 71.1% of the world. These sectors and the assembly and testing sector are all ranked number one in the world.

Besides, international ranking show that Taiwan’s business environment will remain as excellent as it is now.

According to the Taiwan Institute of Economic Research, Taiwan’s GDP has been increasing steadily and in the next couple of years, it is expected to grow by about 4% which reflects the strength of the economy and makes it a suitable market for new businesses and exporters.

With 98.5% literacy rate, and over 25% of all universities degrees being engineering, Taiwan’s has world class education, and top ranked universities in the world, nurturing a highly skilled workforce and a rich talent pool.

Taoists are one of the best at mathematics in the world. Also, with the growing emphasis on teaching English at school is a huge boost for the people from other countries trying to set up businesses.

Interestingly, Taiwan currently spends 3% of GDP on R&D, providing a strong support for industrial growth. In order to develop Taiwan as the most attractive base for innovative R&D in Asia, the government aims to increase R&D’s current spending by 3% of GDP thus putting Taiwan on par with developed countries.

Promoting Taiwan as an innovation hub, based on its superior technology, infrastructure, economic and strategic advantages – the Taiwan government has robust policies where the multinational can collaborate with the local players to set up their businesses, innovate and thrive.

The early players were companies like DELL, Sony, and Intel Etc. which in total have established more than 50 R & D centers in Taiwan.

One of Taiwan’s goals is to become the Silicon Valley of Asia, a facilitator between the U.S. and other Asian markets.

Taiwan feels it can succeed because of its historical capabilities, geographic position in Southeast Asia, relatively equidistant from Hong Kong, Korea, Japan, India, Indonesia, Thailand and Vietnam, and because of the global business partnerships it has forged and continues to explore.

Catalyzing the India-Taiwan business synergy, over the last couple of years, the Taiwan External Trade Development Council (TAITRA) has been focusing on strengthening trade ties with India.

Headed by former Taiwan foreign minister James Huang, TAITRA is the official body of the Taiwan government for trade promotion.

Similarly, the Taiwan Excellence Award, which is an initiative of the Taiwan Bureau of Foreign Trade and managed by the Taiwan External Trade Development Council (TAITRA), represents the excellence of Taiwan’s most competitive industries and a symbol of outstanding reliability, innovation and value. It has been working closely with various trade associations such as Federation of Indian Chamber of Commerce & Industry (FICCI), PHD Chamber of Commerce and Industry, Society of Manufacturers of Electric Vehicles (SMEV) and other partners, stimulating Indo-Taiwanese market growth.

The International Monetary Fund forecasts India’s annual economic growth for 2017-2018 will increase 7.2 percent, leading the ASEAN nations. As one of the fastest growing emerging economies in the world, with over 1.3 billion population, and young demography, India can reap huge dividends by collaborating with Taiwan to tap the unlimited opportunities.

Last year, an India center was launched in Taipei to promote awareness about India’s business ecosystem in Taiwan.

The center further serves as a match-making and information sharing platform for Taiwan companies and their Indian counterparts.

On the other hand, Taiwanese ICT brands are striving to work towards the Indian government’s vision of a Digital India.

The ambitious digital programs initiated by the government are expected to not only bridge digital divide, but also empower Indians. Bullish about the business climate in India post demonetisation and GST rollout, Taiwanese companies feel confident to enter the Indian market.

They are positive that, with the several government policies and projects they are optimistic about becoming India’s best business partner in trade and cultural promotion.

And, the Taiwanese ICT brands are keen to play a significant role in India’s digital transformation.

The opportunities to leverage the mutual synergies between India and Taiwan are immense, limited only by the imagination. Asia and the world will have a better future when nations like India and Taiwan can work together towards a win-win situation.

The vibes are only getting stronger. And, this augurs well for both economies. 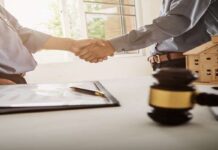 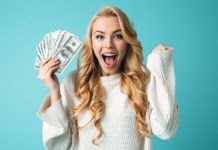 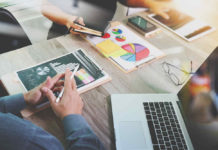 BIZ SURVIVAL: 3 Reasons Why You Should Invest in Marketing Post Covid