The startup scene in the Indian state of Kerala is flourishing through private and public initiatives.

According to the Kerala Startup Ecosystem Report 2018, it is now home to more than 1,500 startups with official funding numbers reaching $38 million. Kochi is the base of a third of these startups.

As per India’s Department of Industrial Policy & Promotion (DIPP) ranking of 2018, Kerala is up-and-coming and was rated among the top performers together with Karnataka, Rajasthan and Odisha.

Most Indian states have a start-up environment that grows through the private sector. In Kerala, the government is taking charge since about a decade. The state helps through a range of offers.

Kerala Startup Mission (KSMU) was founded in 2006 and created by the government of Kerala.

It helps young start-ups with workshops, mentoring and incubation. They also offer support to find funding.

Despite being connected on three levels, namely, schools, colleges and startups, Kochi still legs behind Bangalore. But it is en par with Chennai that also hosts over 500 start-ups.

The leading success of Bangalore in comparison can be traced back to 20 more years of economic development in the tech sector, starting in the 1980s and Texas Instruments being present since 1985.

The new focus on start-ups within Kerala may be due to a more recent focus on local entrepreneurship and possibly a decline of remittances from the Gulf that had been steadily flowing into the state since the oil boom years.

As unemployment, as well as brain-drain in Kerala, are high, economic diversification from tourism and agriculture is become increasingly important.

Initiatives and events by the government of Kerala pop-up regularly. To support a more diverse environment in the male-heavy IT scene, a women startup summit attracted a new audience in July 2019.

The Kerala State Industrial Development Corporation (KSIDC) is another state-run organisation that offers workshops, mentoring and incubation with incubators in Kakkanad, Calicut and Angamaly.

One of the recent success stories of start-ups incubated with KSIDC is TripPlanner, the first out of three apps that Travalour.com launches.

From its incubation in June 2018 until today the team managed to go live with their first app.

TripPlanner is an app that helps people organize a journey to multiple locations. Since its launch in September 2019, over 15,000 people have used TripPlanner and the number of users is growing as they are targeting a worldwide audience.

Founder Nithin Mathew says the success can be traced back to a more customer-friendly user interface, without data retention.

He continues “Without the incubation and mentorship from KSIDC we would not have been able to launch our app that fast.”  Travalour’s revenue model so far is through hotel bookings as well as unlocking paid features. Mathew clarifies that government initiatives improve the overall tech environment in the state.

Not all start-ups in Kerala are tech-focussed which is no surprise in a state with a heavy agriculture tradition.

A start-up from Trivandrum works on hydroponics that can be installed anywhere from the roof of your house to your backyard.

Amal Mathew says “the company accelerates fast because of the support we receive through funding and mentorship. It made our progress a lot faster.”

The founders attend events organized by KSUM regularly to broaden their knowledge and network. Here too the state of Kerala gets involved to boost local entrepreneurship. 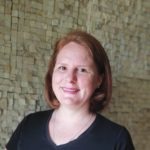 Nele Lenze wears two hats by working in academia and doing communications for Travalour, an Indian travel start-up. Her academic research focuses on online culture and participation culture in the Gulf. Nele held positions at the National University of Singapore, the Gulf University for Science and Technology in Kuwait and the London School of Economics. She holds a PhD in Middle Eastern Studies and Media Studies from the University of Oslo and obtained her master’s in Arabic literature from Freie University Berlin.

(Wish to contribute to Startupanz.com? Just send us a brief of your idea to authored@startupanz.com)