After taxes, what is the average American’s monthly income? And, perhaps more importantly, how is that income spent? Finally, how does this differ from generation to generation?

LendEDU looked to answer these questions by surveying 1,000 adult Americans about what their monthly take-home pay is and how those dollars are spent on things like mortgage or insurance payments, and living necessities like groceries.

The results produced some data points that you would expect; for example, millennials are paying the most each month towards student loans, while that debt is nearly nonexistent for baby boomers.

But there were also some surprises that go against the traditional narrative, including millennials being the most actively involved in everyday investing, while also still equaling Generation X’s monthly retirement contribution percentage.

Let’s get into the data.

The data: how Americans are spending their monthly income, including a generational breakdown

The results discussed in this survey were based off a survey of 1,000 adult Americans ages 18 and up. The survey was commissioned by LendEDU and conducted online by polling company Pollfish.

This particular survey was conducted over a five-day span, starting on September 23, 2019 and ending on September 27, 2019. All respondents were asked to answer all questions truthfully and to the best of their abilities. 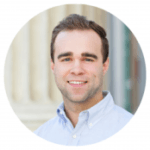 In his role at LendEDU, Mike uses data, usually from surveys and publicly-available resources, to identify emerging personal finance trends and tell unique stories. Mike’s work, featured in major outlets like The Wall Street Journal and The Washington Post, provides consumers with a personal finance measuring stick and can help them make informed finance decisions.

(In partnership with LendEdu.com. The article was first published here.)

Experiences Editorial Staff - May 22, 2020
0
By Benjamin Hardy The four quotes I’m going to share with you are from two pretty intense people. The first is Viktor Frankl, who survived...

Branded Content Editorial Staff - May 20, 2020
0
By Dawid Bednarski Back in the day when handling payroll was pretty much a pen-and-paper process, employers would use rounding to account for odd minutes...