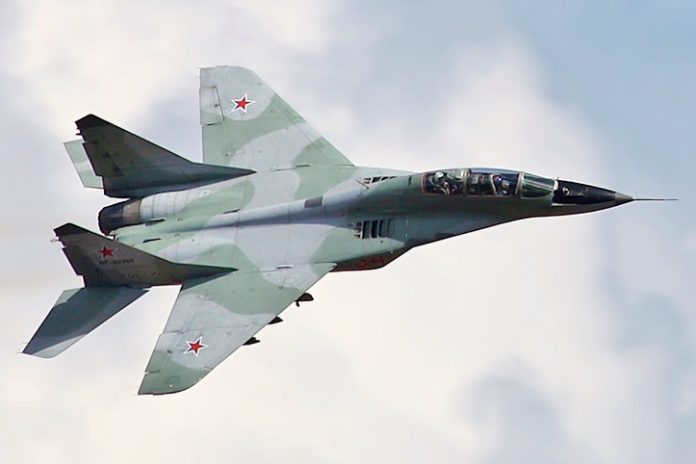 Wing Commander Abhinandan Varthaman, an Indian fighter pilot,  had locked his  R-73 air-to-air missile on to a Pakistani F-16 that had intruded into Indian airspace…engaged into an aerial dogfight against an advanced fighter jet and flying over Pakistani occupied territory Abhinandan had to make a choice- continue the chase and go for the kill or disengage and return back to home.

What he did next – would “perhaps go down in the history of aircraft encounters.”  In a  “dogfight that lasted 90 seconds”, Abhinandan flying an ageing MiG-21 Bison shot down a fourth generation F-16 fighter jet.  It was his passion and obsession that rewrote the aerial warfare history.

This is probably the first time a MiG -21 designed and developed in the 1960s shot down an F-16 anywhere in the world, corroborates Group Captain Rajiv Chawla, a former MiG-21 pilot of the Indian Airforce, who has over 5000 sorties to his credit.

Varthaman has disrupted the air warfare history with one quick decisive action -and that has many lessons for entrepreneurs. Let me highlight a few for the benefit of wantrepreneurs and young entrepreneurs.

The entrepreneurship lessons from a MiG-21 air warrior

1. History is rewritten by venturing into unchartered territory:

In early hours of 27 Feb, Varthaman flying his MiG-21 Bison had taken the call to go for the kill of a more advanced aircraft and thus he ended up rewriting the air combat history.

In my interaction with wantrepreneurs and young entrepreneurs, I observed one common theme- that is of ‘doubt and dilemma’ when it comes to leaving the comfort of their secured environment.

In entrepreneurship, as in military combat, it is the founder who has to take the call whether to press ahead into an unchartered territory or to stay back in the safe environment and enjoy the status quo.

This predicament becomes even more glaring among young entrepreneurs when their start-ups have to pivot to achieve the scale or overcome a marketplace challenge.  Founders should note to rewrite history one has to venture out into unknown territory.

2. Grit, guts & gumption: Be it- entrepreneurs, soldiers and or sportsperson all need to display all the three Gs- “Grit, Guts & Gumption” – a steely resolve is needed to overcome a challenge or a superior adversary in their respective arena.

MiG-21 is the “toughest aircraft to fly” due its vintage, design and upgraded avionics, and to engage an adversary who is flying an advance jet “requires a lot of guts and grit,” according to Gp Capt Chawla who has the second highest number of sorties in the world on MiG-21.

He further adds, “I would have loved to change my places with” ( Abhinandan) as we as a pilot are training our entire life for that “single shot.”

The same argument can be extended to start-ups where wantrepreneurs and or young entrepreneurs after dreaming, planning or work day-in and day-out on their big idea do not grab the opportunity to take that “single shot”, which could turn their dream into reality,- would be called foolish.

Gp Capt Chawal says  “fighter pilot is not the profession it is in the mind”- you have to “eat flying, drink flying  and dream flying.”

5. Make the best of what you have:  One common complaint I consistently hear from budding entrepreneurs is lack of adequate resources- be it funding or skilled human resource for either delay in rolling out or scaling up an idea.

“You have to get the best out of what you have says, Gp Capt Rajiv.

The now historic dogfight between MiG-21 and F-16 was compared by military observers as akin to a race between Maruti 800 car and BMW due to the asymmetry between the two supersonic jets.

Whatever may have been the asymmetry between the jets, Abhinandan knew MiG-21 Bison was the best he had during the air-combat and had to accomplish the goal on hand. Gp Capt Chawla, adds, “you have to bring your adversary into an arena where you have an advantage and he is compromised.”

The retired air warrior, Gp Capt Rajiv Chawla has a simple message for young entrepreneurs – “fight, fight, fight till the end” and you will succeed if you keep your wits and “continue on a planned course of action.”

(The author is founder and CEO of AskMentor.com. Views are personal.)