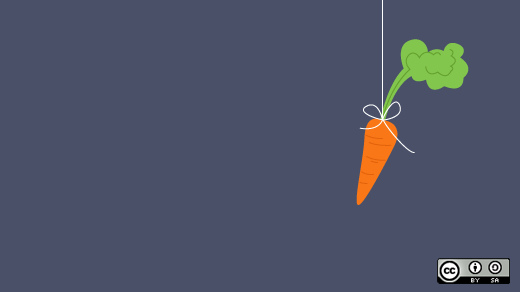 A proposal for compensating the creators who make the internet great

ow many corporations do you think have made a profit by using the term “on fleek”? How much profit? Whatever the number, it’s certainly more than Kayla Newman — aka Peaches Monroee, the teenager who coined the term in a Vine clip in 2014 — ever made.

From IHOP and Denny’s to JetBlue and Taco Bell, countless companies — acting on studies that insist young consumers want to have a “dialogue” with brands — have overhauled their marketing strategies over the past decade with a new approach built almost entirely on cribbing memes and slang from online youth culture. Like “on fleek,” most of these pop-cultural touchstones were made for free and gained popularity organically on user-generated sites, where users must relinquish ownership by default; it costs precisely nothing to appropriate them for marketing purposes. Sometimes the creators of these memes gain fame and fortune, but most often, for their contributions to both culture and commerce, they get nothing.

“Put plainly, there is no recognized ownership,” wrote Doreen St. Félix in 2015. (Newman, now 19, did recently launch a beauty company named after the phrase she coined, but because the phrase was never trademarked, so have many others.) “The phrase Newman gave the world was used to sell breakfast foods and party cups, but it only belongs to her in an intangible sense, on the rare occasions in which people choose to give her credit.”

At its core, this exploitive model is a feature, not a bug, of an economic system like ours. Subcultures, particularly those belonging to disenfranchised groups, have been dug up and monetized by the mainstream for decades, often right as those subcultures began gaining momentum on their own (see: punk music, ball culture, blaxploitation). And the internet has only accelerated that, allowing corporations and individual consumers alike to enjoy countless free lunches while leaving content creators — who, like Peaches Monroee, are often young creators of color — with the bill.

But if there’s no ethical consumption under capitalism, that goes extra for the digital world, where free content is an essential building block of the internet as we know it. Simply by being online, we contribute to a system that takes advantage of people like Newman. (Even this company, Medium, was founded with the idea that people would post content for free, though that has been recently changing.*) Can an internet user ever hope to lighten their own contribution on such an exploitive system—a digital carbon footprint, if you will?

The best answer to that question is one that’s been around for some time, though for a while it may have been seen as radical: Get onboard with wealth redistribution.

In the previous entry in this series, I wrote that “paying up” — that is, giving your money to people who perform emotional and intellectual labor for free on the internet — is extra credit in one’s quest to be a better person online. But in truth, it would be better interpreted as a foundational idea in the way we now live our online lives, a permanent cultural patch on an exploitive system that likely won’t ever fix itself.

A Recent History of “Fuck You Pay Me” Online

As an idea, individuals giving freely to other individuals and groups outside traditional capitalist and philanthropic frameworks is basically as old as capitalism itself, having its ideological roots in everything from anarchy and communism to the case for slavery reparations. But in recent years, the concept has gained unprecedented momentum in mainstream online culture, thanks to a coalescence of several major trends:

These trends have created an online environment where the voices of people from historically oppressed groups — black women, in particular, from seasoned activists to academics to bloggers — are radically shifting and, ultimately, leading national and global online conversations about major issues. But, as I mention above, these efforts are largely individual and completely unpaid, which means that many of the most influential voices on the internet are essentially performing this intensive emotional and intellectual labor (often to the profit of others, like the media outlets reporting on their actions) for nothing.

In 2015, three women — activist Lauren Chief Elk and dominatrixes Yeoshin Lourdes and Bardot Smith — sought to change that with #GiveYourMoneyToWomen. Grounded in racial and gender justice (and partly in findom, or financial domination, which involves men paying women for their attention), the hashtag was based on the idea that (particularly nonwhite) women and femmes are not only paid less than men and more likely to be victims of domestic violence, but they are also expected to perform emotional, intellectual, and even physical labor for others at no charge, both on- and offline, and have been for centuries. Their solution: Send women money — cold hard cash, no strings attached — to make up for what the economy and our culture denies them.

“[Mothers and wives] act as cooks, chauffeurs, nurses, therapists, maids, personal trainers, teachers, tutors, personal assistants, and this labor is rarely recognized, especially monetarily,” Chief Elk explained in an interview. A number of women, at the time and since, began charging consultation rates for interviews and have added PayPal and Venmo links in their social media profiles. “What we have to put up with and deal with [as women] is expensive…Trying to get out of violent situations costs a lot of money: you need transportation, [housing, food, medical attention, childcare]. This can accumulate to hundreds of thousands of dollars, very quickly. So to think that financial retribution is some kind of absurd idea of justice is, to me, absurd. This is reasonable.”

The idea of paying for emotional and intellectual labor is not just a social justice idea. In his critically acclaimed 2013 book, Who Owns the Future?, computer scientist Jaron Lanier proposes that because user-generated content is essentially the basis of the entire online economy, users should be compensated for their contributions. It’s an argument for a true information economy, one in which the companies that profit off intellectual labor actually pay for that refined material via micropayments.

Under such a system, a user like Peaches Monroee would have been paid handsomely by Vine for her “eyebrows on fleek” clip; what’s more, the framework prioritizes original material, which would discourage artistic theft (so long, Twitter-joke thieves). Of course, with the exception of YouTube — which recently scaled back its payout model, making it even harder for video creators to collect ad revenue — the idea runs almost explicitly counter to Silicon Valley’s hypercapitalist ethos. (Why pay a workforce that is already happy to work for free? And if Facebook and Twitter are having this much trouble with malicious users now, imagine if user accounts were also moneymakers?) But it does demonstrate that the exploitative model tech corporations abide by now is neither inevitable nor essential.

Still, the question remains: How might one go about synthesizing these ideas into a praxis for daily life online? While tech companies refuse to change, individuals must be resigned to allowing themselves to be exploited while simultaneously participating in the hypervisible exploitation of others simply by existing in the digital realm. (Unlike non-tech industries, which require your money rather than just your time and attention.)

The least an ethical person on the internet can do, then, is redistribute some wealth as though content creators whose contributions we value are equal to the streaming services and media subscriptions that we do pay for. One-time donations are great — especially since they’re not tax deductible, meaning you’re assigning value to a person’s contributions without thinking about how that value benefits you — but as any Patreon user will tell you (or nonprofit organization, for that matter), regular donors, even at a $1 per month price point, can make a far bigger difference for creators in the long run. And unpaid content creators — especially when they’re economically disadvantaged in some other way, and especially when their follower bases are substantial or rapidly growing — need to begin normalizing this system even more widely than it is now, regardless of whether they believe they have anything additional to offer beyond what they already do. (Patreon has this transactional model built in—creators can offer additional output depending on how much followers donate regularly, but it’s not required.)

But why stop there if content creators are more or less equal in output to their paid counterparts, small businesses, or individual contractors? In most states, employers are only required to pay $2.13 per hour to waitstaff and other service workers who typically receive tips. Such an unjust yet longstanding federal standard is both a cause and effect of a system that evolved to the point where workers now have to rely on the optional courtesy of consumers, rather than on the legal responsibility of their employers, to survive. Tipping is still hotly contested, especially in the context of raising the minimum wage, but because wages have remained stagnant, tipping well has become a cultural expectation in America, and tipping service workers poorly or not at all is deeply frowned upon. If the government won’t support employed wage earners, then the entirely unpaid creators of the internet aren’t about to be supported by the systems that profit from them, either. What would the internet be like if we, as consumers, stepped in for them as well?