Reaching the incredible milestone earning of $100 billion is currently held by only males, but who will be the first-ever female centi-billionaire and when is she predicted to achieve this monumental milestone?

RS Components has analysed the fortunes of the world’s wealthiest women to predict who will join Jeff Bezos and Bill Gates to become the first female ‘centi-billionaire’.

Françoise Bettencourt Meyers, French author and heiress to L’Oréal is most likely to be the first woman to reach $100 billion net worth

Whichever way these women made their fortune, it’s safe to say there’s room at the top of the wealthiest list for more powerful females, so who will be the first to make it into the ‘centi-billion’ club? 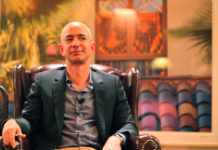 Netizens Are Most Curious About Net Worth Of These Entrepreneurs 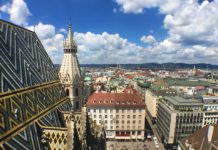 Why Vienna Is The Best Global Destination For Startups 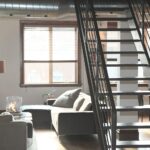 Startup Editorial Staff - December 4, 2021
0
By Susan Doktor A terrific neighborhood. The perfect number of bedrooms and baths. The amenities and small details, from that gourmet fridge to the woodburning...

Startup Editorial Staff - December 2, 2021
0
NAME OF STARTUP: SmartGuide FOUNDED IN (Year): 2018 FOUNDER'S NAME: Jan Dolezal THE IDEA: What is the problem being solved by your startup / business?: Traditional guides lost their...

Startup Editorial Staff - December 1, 2021
0
NAME OF STARTUP: Promo.com FOUNDED IN (Year): 2012 FOUNDER'S NAME: Tom More THE IDEA: What is the problem being solved by your startup / business?: Promo.com aims to...

Branded Content Editorial Staff - November 30, 2021
0
Many people suffer from stress because of work or school. Stress can lead to many health problems including high blood pressure, headaches, and stomach...