We all have goals. And what’s the first thing most of us think about when we consider how to achieve them?

“I need to get motivated.”

The surprising thing? Motivation is exactly what you don’t need. Today, I’m going to share a surprising research study that reveals why motivation isn’t the key to achieving your goals and offers a simple strategy that actually works.

The best part? This highly practical strategy has been scientifically proven to double or even triple your chances for success.

How to Make Exercise a Habit

Let’s say that — like many people — you want to make a habit of exercising consistently. Researchers have discovered that while many people are motivated to workout (i.e. they have the desire to workout and get fit), the people who actually stick to their goals do one thing very differently from everyone else.

In a study published in the British Journal of Health Psychology, researchers measured how frequently people exercised over a 2–week period.

The researchers started by randomly assigning 248 adults to one of three groups.

Group 1 was the control group. They were asked to keep track of how frequently they exercised over the next two weeks. Before they left, each person was asked to read the opening three paragraphs of an unrelated novel.

Group 2 was the motivation group. They were also asked to keep track of how frequently they exercised over the next two weeks. Then, each person was asked to read a pamphlet on the benefits of exercise for reducing the risk of heart disease. Participants in Group 2 were also told,“Most young adults who have stuck to a regular exercise program have found it to be very effective in reducing their chances of developing coronary heart disease.”

The goal of these actions was to motivate Group 2 to exercise regularly.

Group 3 was the intention group. After being told to track their exercise, they also read the motivational pamphlet and got the same speech as Group 2. This was done to ensure that Group 2 and Group 3 were equally motivated.

Unlike Group 2, however, they were also asked to formulate a plan for when and where they would exercise over the following week. Specifically, each person in Group 3 was asked to explicitly state their intention to exercise by completing the following statement…

During the next week, I will partake in at least 20 minutes of vigorous exercise on [DAY] at [TIME OF DAY] at/in [PLACE].

After receiving these instructions, all three groups left.

The Surprising Results: Motivation vs. Intention

Two weeks later, the researchers were surprised by what had happened in the three groups.

Simply by writing down a plan that said exactly when and where they intended to exercise, the participants in Group 3 were much more likely to actually follow through.

Perhaps even more surprising was the fact that having a specific plan worked really well, but motivation didn’t work at all. Group 1 (the control group) and Group 2 (the motivation group) performed essentially the same levels of exercise.

Or, as the researchers put it, “Motivation … had no significant effects on exercise behavior.”

Compare these results to how most people talk about making change and achieving goals. Words like motivation, willpower, and desire get tossed around a lot. But the truth is, we all have these things to some degree. If you want to make a change at all, then you have some level of “desire.”

The researchers discovered that what pulls that desire out of you and turns it into real–world action isn’t your level of motivation, but rather your plan for implementation.

Deciding in advance when and where you will take specific actions to reach your goal can double or triple your chances for success.
— Heidi Grant Halvorson, Columbia University professor

This business about planning your actions and achieving your goals isn’t a random, one–time research discovery.

For example, similar studies have found that…

In fact, over 100 separate studies in a wide range of experimental situations have come to the same conclusion: people who explicitly state when and where their new behaviors are going to happen are much more likely to stick to their goals.

You can apply this strategy to almost any goal you can think of, and certainly to most health goals. For example, if you want to start a daily meditation habit this month, then you’ll be more likely to stick to your goal if you plan out when and where you’ll meditate each day.

What to Do When Plans Fall Apart

Sometimes you won’t be able to implement a new behavior — no matter how perfect your plan. In situations like these, it’s great to use the “if–then” version of this strategy.

You’re still stating your intention to perform a particular behavior, so the basic idea is the same. This time, however, you simply plan for unexpected situations by using the phrase, “If ____, then ____.”

The “if–then” strategy gives you a clear plan for overcoming the unexpected stuff, which means it’s less likely that you’ll be swept away by the urgencies of life. You can’t control when little emergencies happen to you, but you don’t have to be a victim of them either.

Use This Strategy to Achieve Your Goals

If you don’t plan out your behaviors, then you rely on your willpower and motivation to inspire you to act. But if you do plan out when and where you are going to perform a new behavior, your goal has a time and a space to live in the real world. This shift in perspective allows your environment to act as a cue for your new behavior.

To put it simply: planning out when and where you will perform a specific behavior turns your environment into a trigger for action. The time and place triggers your behavior, not your level of motivation.

For a complete discussion on habit formation, check out this 38–page guide I put together on transforming your habits.

So what’s the moral of this story?

Motivation is short lived and doesn’t lead to consistent action. If you want to achieve your goals, then you need a plan for exactly when and how you’re going to execute on them. 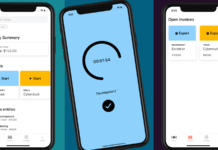 How To Manage A Team Virtually In The Post-Pandemic World

Startup Editorial Staff - October 21, 2021
0
By Shonali Advani When the World Health Organization (WHO) declared COVID-19 as a pandemic 18 months ago the world went into a tizzy. Companies had... 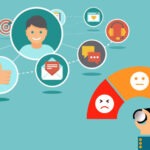 Startup Editorial Staff - October 21, 2021
0
NAME OF STARTUP: Surges FOUNDED IN (Year): 2021 FOUNDER'S NAME: Stuart Goulden THE IDEA: What is the problem being solved by your startup / business?: There's a SaaS for...

Startup Editorial Staff - October 20, 2021
0
NAME OF STARTUP:: Presence - Push-to-talk for remote teams FOUNDED IN (Year): 2021 FOUNDER: Junu Yang THE IDEA: What is the problem being solved by your startup...

Startup Editorial Staff - October 19, 2021
0
NAME OF STARTUP: eWebinar FOUNDED IN (Year): 2019 FOUNDER'S NAME: Melissa Kwan THE IDEA: What is the problem being solved by your startup / business?: We help companies...

Finance Editorial Staff - October 18, 2021
0
NAME OF STARTUP: Hedonova FOUNDED IN (Year): 2020 FOUNDER: Alexander Cavendish THE IDEA: What is the problem being solved by your startup / business?: There are more alternative assets...

How To Manage A Team Virtually In The Post-Pandemic World